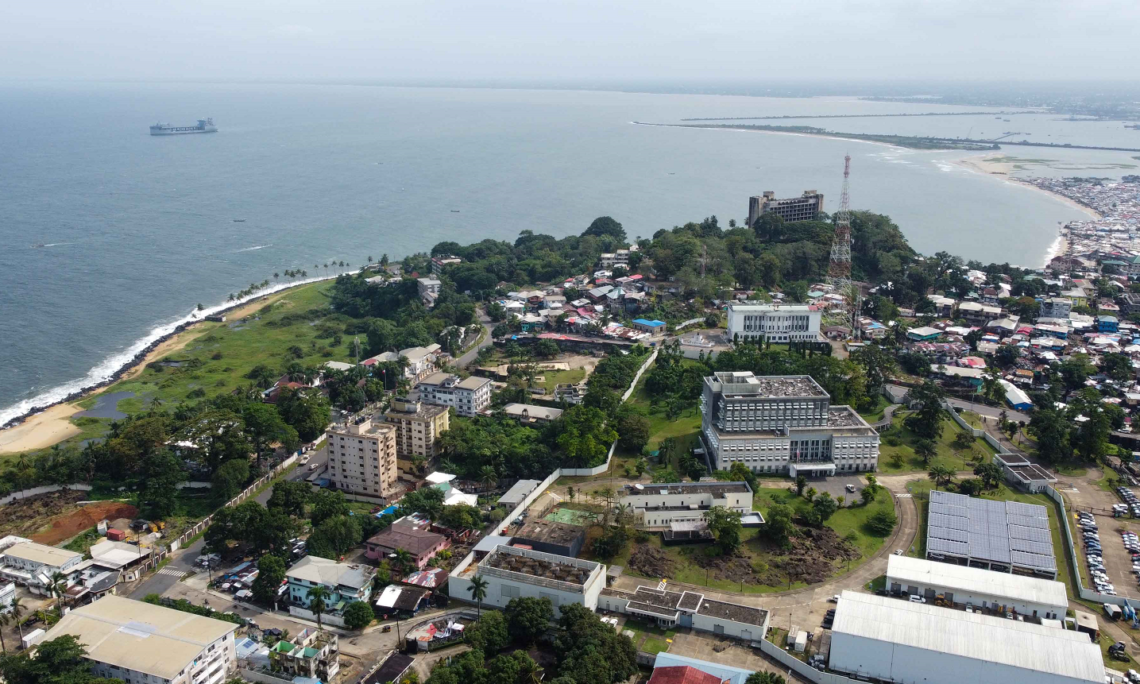 U.S. Embassy Monrovia welcomes to Liberia the USS Hershel “Woody” Williams under the command of Captain Chad Graham.  Hershel “Woody” Williams is conducting a regularly scheduled port visit to strengthen the enduring partnership between the United States and Liberia.  The visit also kicks off the Embassy’s year-long observance of the 175th year of the Republic of Liberia.

Hershel “Woody” Williams is a United States Navy expeditionary mobile base currently operating within the U.S. Sixth Fleet area of responsibility.  It is named in honor of Hershel W. “Woody” Williams, who received the Medal of Honor for actions during the World War II Battle of Iwo Jima.

Ambassador Michael McCarthy noted the significant role U.S. Navy vessels have played throughout Liberia’s history: “In the earliest years of Liberia, their role was formalized by the Webster-Ashburton Treaty of 1842 – an agreement between the United States and Great Britain that established a joint naval system for suppressing the slave trade off the African coast.  For the next 20 years, the U.S. Navy intercepted 24 slave trading vessels and rescued over 5,000 from captivity … More recently, stationing the U.S. Navy ships USS Carter Hall, USS Nashville, and USS Iwo Jima off the coast of Monrovia in 2003 gave additional weight to President Bush’s suggestion that it was time for life in Liberia to return to normal.”

U.S. military members will assist in training with their Armed Forces of Liberia counterparts during the visit by leading a Women, Peace, and Security workshop that will highlight the essential role female servicemembers play in national security.  These activities reflect the U.S. Government’s commitment to ensuring the Armed Forces of Liberia are professional and effective in order to protect the rights of all Liberians.

The U.S. Navy has a long tradition of assisting with disaster relief, undertaking medical assistance missions, and enforcing freedom of the seas in international waters.  Ship visits like this one demonstrate our commitment to regional stability and maritime security in this vital region of the world.