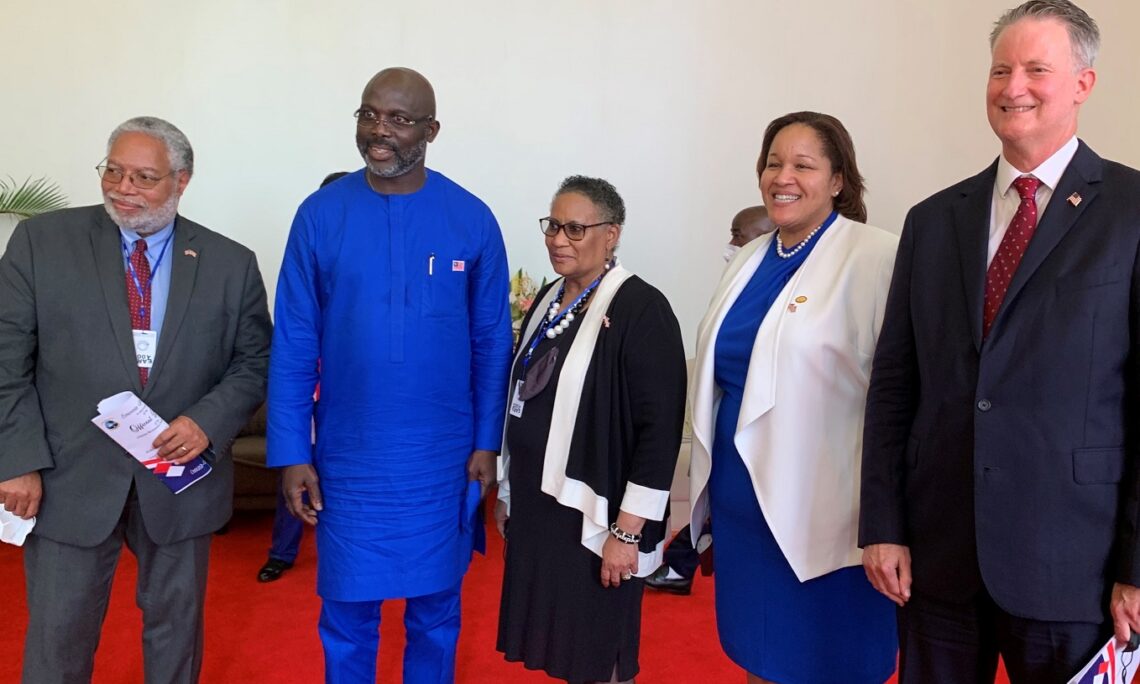 On Monday, February 14, U.S. Embassy Monrovia had the pleasure of hosting President Biden’s Presidential Delegation to Attend the Bicentennial Celebration of the Arrival of the First Free Black Americans to the Republic of Liberia.  The delegation was led by Ms. Dana Banks, Special Assistant to the President and Senior Director for Africa at the National Security Council.  It also included U.S. Ambassador to Liberia Michael McCarthy, Mr. Lonnie Bunch, Secretary of the Smithsonian Institution, and Rev. Dr. Teresa Jefferson-Snorton, Bishop of the Fifth Episcopal District of the Christian Methodist Episcopal Church and Chair of the Governing Board, National Council of Churches in the United States.

During the delegation’s visit, they attended the Government of Liberia’s Bicentennial Celebration at SKD Stadium, signed a bilateral agreement of approximately US$55 million to improve the health of Liberians over the next five years, and met with the Elections Coordinating Committee to reiterate the United States’ commitment to free and fair elections.

Here are more photos from the exciting day: