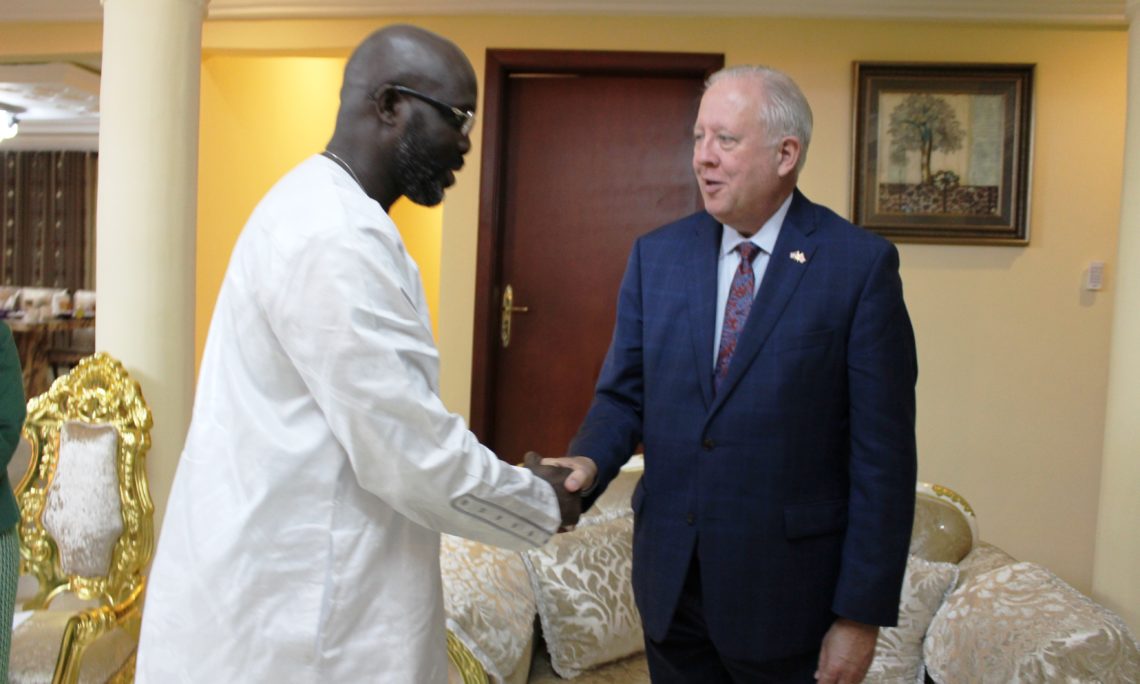 On January 23, the Presidential Delegation from the United States attending the inauguration of President George Weah met with the newly inaugurated leader. Thomas A. Shannon, Jr., Under Secretary for Political Affairs, U.S. Department of State, led the U.S. delegation. During the bilateral meeting, President Weah and Under Secretary Shannon discussed the United States’ and Liberia’s historical ties and areas of shared interest.

As the White House noted in its announcement of the Presidential Delegation, the United States is proud to celebrate with the people of Liberia as they mark the country’s first peaceful transfer of power from one democratically elected head of state to another in decades, a major milestone for Liberia’s democracy and for Africa.

The Presidential Delegation underscores the importance of the United States’ partnership with Africa and our commitment to its continued growth and success.