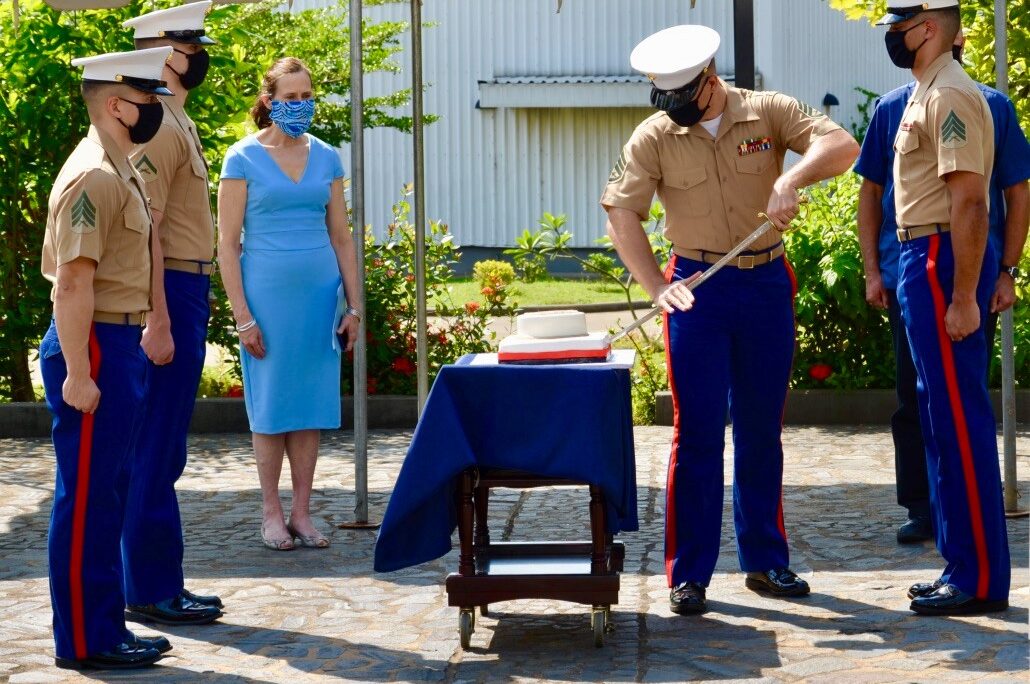 On December 4, 2020, the Marines of U.S. Embassy Monrovia hosted a traditional cake-cutting ceremony in celebration of the 245th birthday of the United States Marine Corps.

The United States Marine Corps was established in 1775.  Traditionally, every year on November 10 the Marines celebrate their birthday with a formal ball and a cake-cutting ceremony.  Due to COVID-19 precautions, the ball was canceled this year.  We were still able, however, to celebrate this important tradition with an outdoor, socially distanced event.

Chargé d’affaires Alyson Grunder expressed her appreciation for the commitment and discipline shown by the Marine Security Guard detachment at the U.S. Embassy Monrovia.