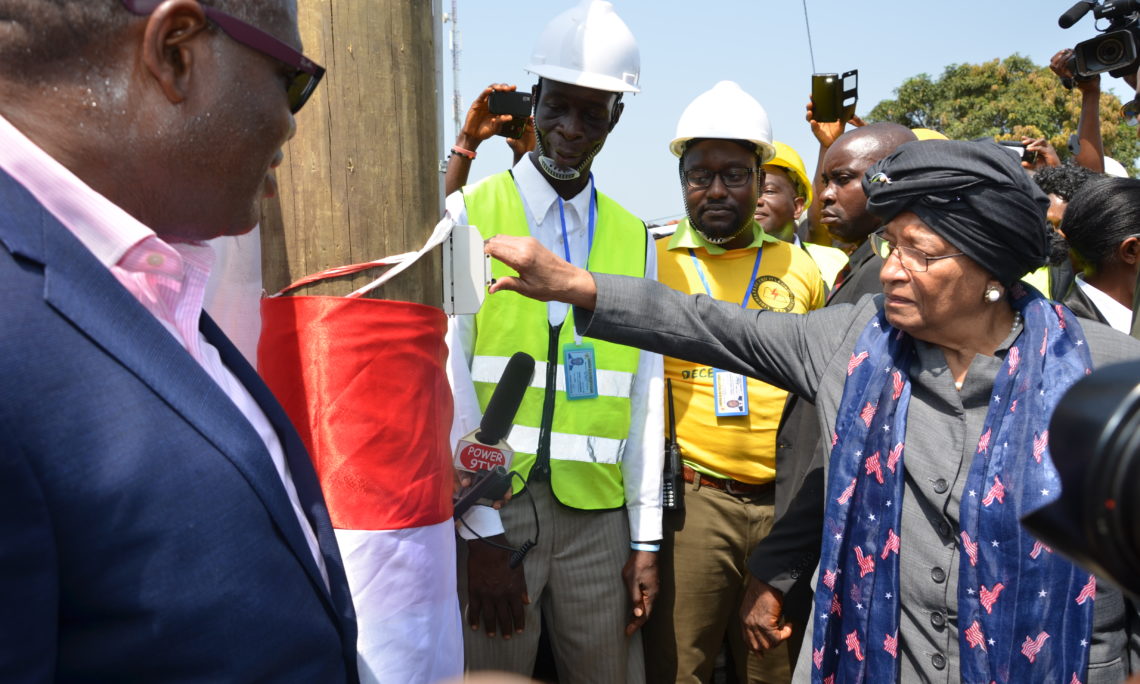 “It has taken a lot of hard work to get to where we are today. It has truly been a team effort– with the Liberian government and with international partners,” said U.S. Ambassador to Liberia Christine Elder said. “With the rehabilitation of the Mount Coffee Hydroelectric Plant, Liberians are a giant step closer to reliable, renewable and affordable energy in their homes and businesses. More importantly, this represents the opportunity that Liberia’s next generation deserves.”

“We are proud to invest in the rehabilitation of Mount Coffee, which supports the Government of Liberia’s energy development agenda and puts the nation on a path to greater prosperity,” Millennium Challenge Corporation Deputy Chief Executive Officer Nancy Lee said. “Access to affordable and reliable electricity means students can study at night, hospitals can treat patients with better equipment, and businesses can grow and thrive.”

At the commissioning event, President Sirleaf, Assistant Secretary Thomas-Greenfield, Deputy CEO Lee and U.S. Ambassador to Liberia Christine Elder participated alongside representatives from partner organizations contributing to the rehabilitation of Mount Coffee, including Germany’s KfW, the European Investment Bank, and the Government of Norway. Following the event, the group visited Raymond Camp, where street lights and a Christmas tree powered by electricity from Mount Coffee were turned on.

MCC’s $257 million Liberia Compact, which officially launched earlier this year, aims to reduce poverty by tackling a major obstacle to widely shared economic growth: the lack of reliable and affordable electricity. Through the compact, MCC is investing in the rehabilitation of Mount Coffee, the development of a training center for technicians in the electricity sector, and the creation of an independent energy sector regulator. MCC’s investment in Mount Coffee will help bring back online the country’s largest source of power, providing much needed electricity and driving down the price of power. Over the next 20 years, MCC’s compact is expected to benefit 460,000 Liberians.

The compact also seeks to improve inadequate road infrastructure in Liberia through investments in nationwide road maintenance. A strong road system will help reduce the cost of doing business, boost local trade, and create stronger economic ties throughout the region.

The Government of Liberia first began construction on the Mount Coffee Hydropower Plant in 1964 with financing from the U.S. Government. During the period of civil war in Liberia, power generation at the facility ceased after the facility was heavily damaged in the fighting.  Following the restoration of peace, rehabilitation of Mount Coffee became a key component of reconstruction efforts led by President Sirleaf. Today’s start of power generation is the first time the facility will produce power since the war.

Read more about the MCC Compact with Liberia: www.mcc.gov/where-we-work/program/liberia-compact.