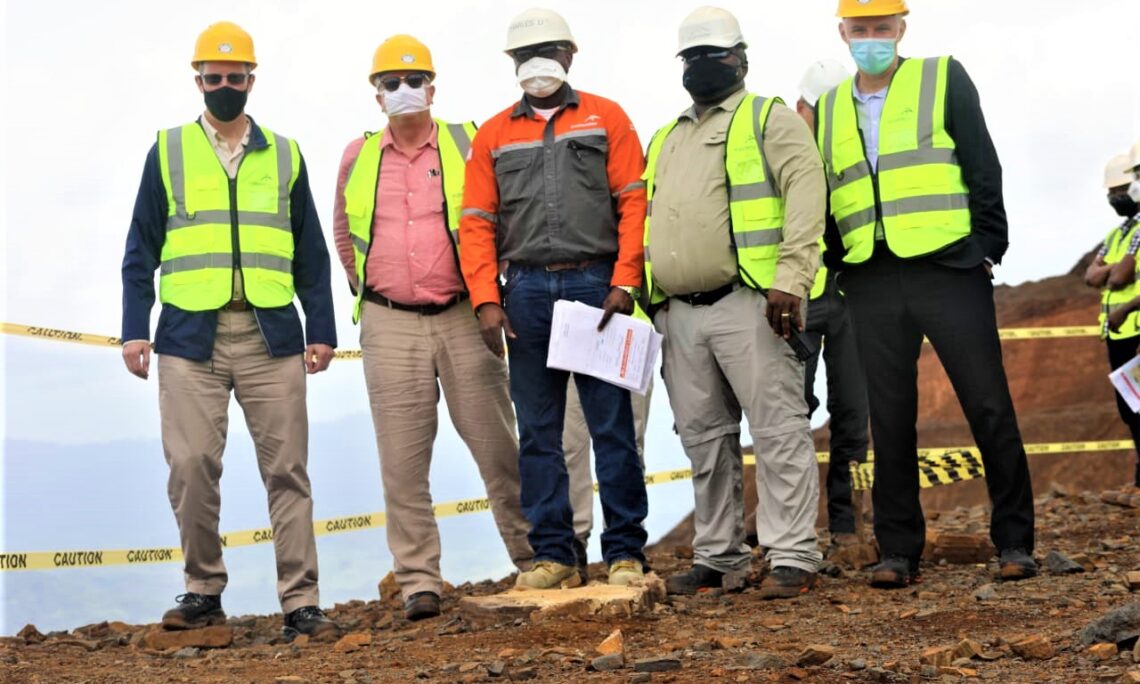 U.S. Ambassador Michael McCarthy, EU Ambassador Laurent Delahousse, and French Ambassador Michaël Roux toured ArcelorMittal mining and port facilities on March 24, 2021.  Welcomed by ArcelorMittal Liberia Chief Executive Officer Scott Lowe, the three ambassadors had the opportunity to visit the mine operations near Yekepa and view the ArcelorMittal-renovated rail and port facilities from the air.  This visit provided them with the opportunity to see first-hand the investments that ArcelorMittal has made in Liberia’s mining, trade, and transport capacity as well as to learn more about the US$800 million investment the company has planned, once its Mineral Development Agreement extension is approved.

Ambassador McCarthy thanked ArcelorMittal Liberia management for their company’s contributions to the Liberian economy as one of Liberia’s largest taxpayers, employers, and infrastructure developers, as well as its planned investment that will expand and extend its operation, providing benefits to the government and people of Liberia for decades to come.

ArcelorMittal Liberia told the ambassadors that the company looks forward to the conclusion of its Minerals Development Agreement negotiations, which will make the planned expansion possible.  Ambassador McCarthy noted that the ability to bring the prolonged negotiations to a conclusion quickly and proceed with the expansion will be a high-profile test of Liberia’s investment climate.

All three of the ambassadors noted the importance of foreign investment to Liberia’s sustainable development, which brings good jobs, infrastructure, and tax revenue to the Liberian government and people.