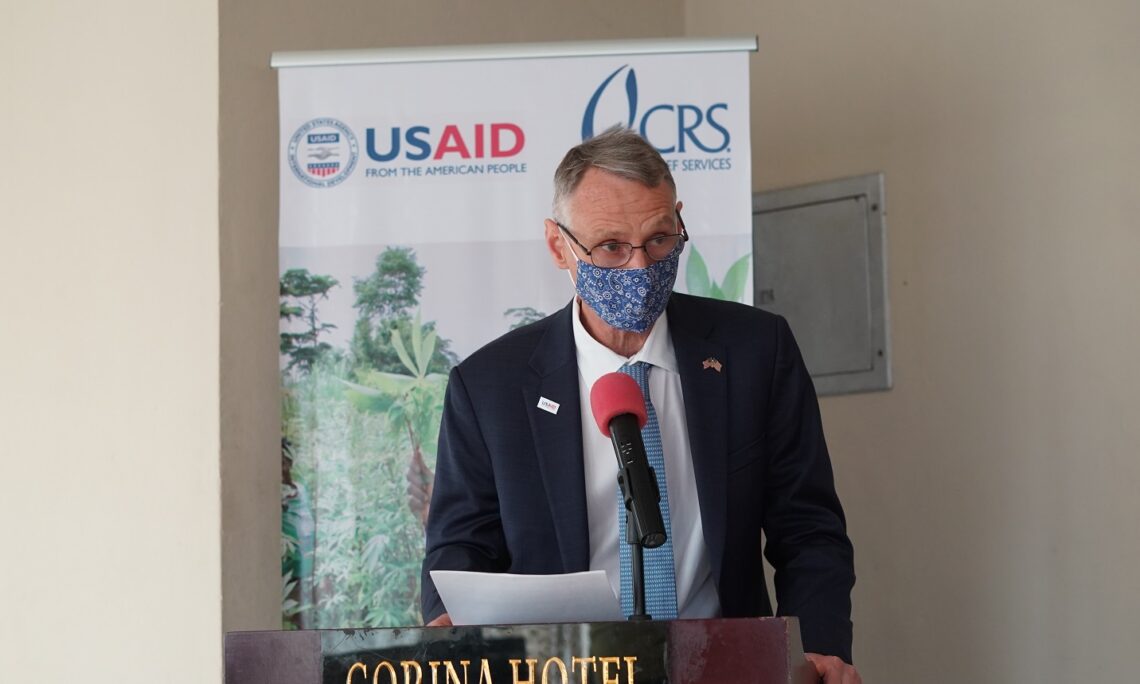 USAID Mission Director Jim Wright urged Liberians to peacefully resolve grievances and disputes at the community level before they develop into violent conflicts.  Director Wright spoke on Wednesday, September 29, 2021, at a program in Monrovia marking the end of the USAID-funded Connect for Peace Project.  Over the last four years, Connect for Peace worked to promote community-based conflict mitigation in Monrovia as well as Nimba County, the primary locations of extreme violence during Liberia’s civil wars.

The USAID project helped strengthen the capacity of community leaders and residents to resolve grievances using alternative dispute resolution mechanisms, which refers to the different ways people resolve disputes without a formal court trial.  It rehabilitated marginalized youth to make positive impacts in their community by providing employment skills and peace advocacy training. Connect for Peace also emphasized the use of conflict preemption strategies, including mobilizing women and youth to engage in local development work, such as health clinic construction, that benefits all members of their communities.

Director Wight noted that “nurturing peace and stability” at the community level is particularly important in post-conflict societies like Liberia where unresolved grievances and disputes remain.  He called on “all stakeholders in a peaceful Liberia to draw on the lessons learned from Connect for Peace to replicate its successes.”

Officials of the Government of Liberia, including Peace Ambassador William R. Tolbert III and Nimba County Assistant Superintendent for Development Railey Myers, attended the Connect For Peace closing program.  They thanked the United States for helping Liberians to work toward sustained peace in their country.