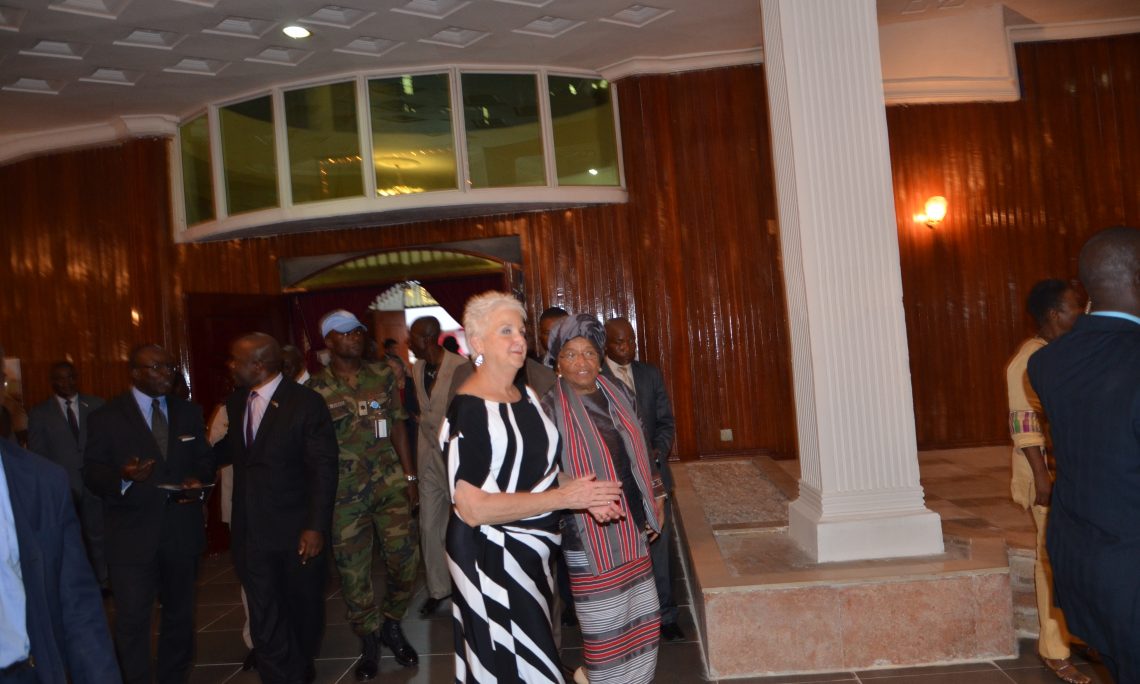 (Monrovia) – U.S. Embassy Monrovia hosted a colorful ceremony on Thursday, July 2, 2015 in observance of the 239thIndependence Day celebration of the United States of America. The ceremony took place at the Executive Pavilion in Monrovia. In her welcoming remarks to guests, U.S. Ambassador Deborah Malac commended the Liberian government, especially health workers and volunteers, for their hard work in fighting the Ebola virus. She noted that the virus was an unprecedented crisis that hit a region with few resources to address the threat. “Thanks to you, to the hard work of your government, and, most of all, to the grass roots efforts of community organizers, contact tracers, health workers, and the Liberian people – you kicked Ebola out of Liberia!,” Ambassador Malac noted. She also observed that Liberia has one of the liveliest media environments in West Africa and has embraced the open Government partnership, a program promoting transparency and good governance. The U.S. Envoy, however, noted that more needs to be done to ensure effective public access to the Liberian government’s budget and expenditures.

She said long-term success will require the continued development of transparency and Liberia’s government institutions to ensure that infrastructure, energy, education, and public health projects stay on track, are sustainably funded, and regularly maintained.

Also speaking, President Ellen Johnson Sirleaf lauded the United States Government for the deployment of over 3,000 U.S. army troops to Liberia to fight the Ebola virus.

She also expressed appreciation for the role of the National Institute of Health (NIH) that has been partnering with the Centers for Disease Control and Prevention in the fight against the Ebola virus.

The Liberian leader particularly acknowledged Liberia’s deep appreciation to President Barack Obama and the U.S. Congress who authorized the support.