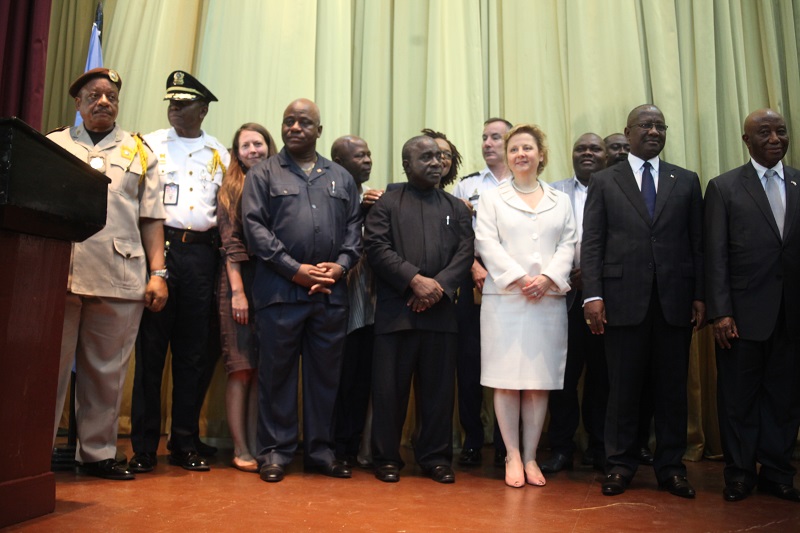 U.S. Ambassador to Liberia Christine Elder attended a ceremony at Monrovia City Hall on July 1 to mark the formal turnover of responsibilities for public safety by the UN Mission in Liberia (UNMIL) to the Liberian security forces.

Over the past few years as UNMIL has drawn down, the Government of Liberia has increasingly taken over responsibility for public safety and security.  The Government of Liberia proved itself capable of providing effective security during the Ebola crisis, and the 2017 elections will be another opportunity for Liberia to underscore the ability of its civilian security forces to protect the public while respecting human rights.

The United States is confident in the Government of Liberia’s, and in particular the security services’, continued ability to maintain peace and order for all Liberians.

The United States Embassy in Liberia, and its International Narcotics and Law Enforcement Affairs (INL) section, will continue to partner closely with the Government of Liberia in support of its efforts to professionalize the civilian security forces and strengthen the rule of law throughout Liberia.