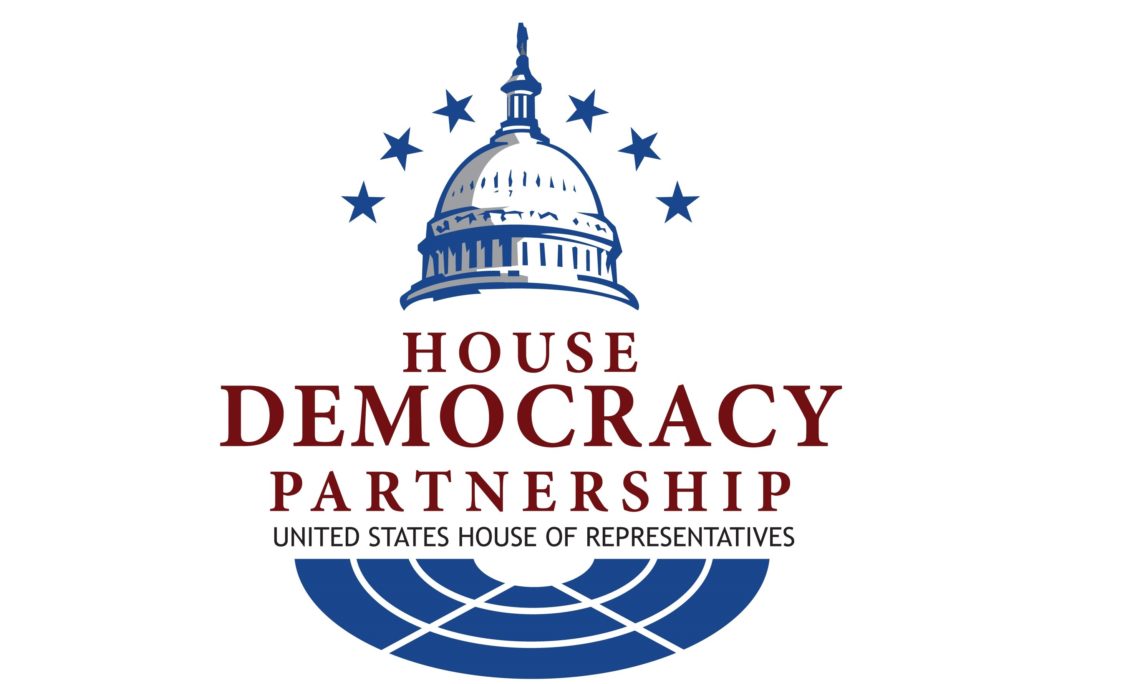 The mission of the U.S. House Democracy Partnership is to promote responsive, effective government and to strengthen democratic institutions by assisting legislatures in emerging democracies.  Central to their work is peer-to-peer cooperation to build technical expertise in partner legislatures and enhance accountability, transparency, legislative independence, access to information, and government oversight.  The HDP initiated a legislative partnership with the Legislature of Liberia in July 2006 to deepen bilateral relations and foster collaboration between U.S. and Liberian legislators on issues common to both countries.  The Speaker of the Liberian House of Representatives, the Honorable Bhofal Chambers, along with other members of the Liberian legislature, hosted the U.S. delegation on Capitol Hill, where learned about Liberian legislative priorities and consulted on legislative procedures and structures that enhance representative governance.  They also met with His Excellency President George M. Weah and members of his Cabinet as well as civil society and non-governmental organizations.

The delegation also met with former President Ellen Johnson Sirleaf and participated in a Community Media Forum that was broadcast live on the U.S. Embassy’s Facebook page.  Above, ECOWAS Radio’s Eva Flomo, who interviewed the Representatives live,  narrates a short video on the highlights of the U.S. Congressional visit:

Note:  The biographies of the Members of Congress are hyperlinked above, as are the underlined text for the House Democracy Partnership and the U.S. Embassy’s Facebook page.