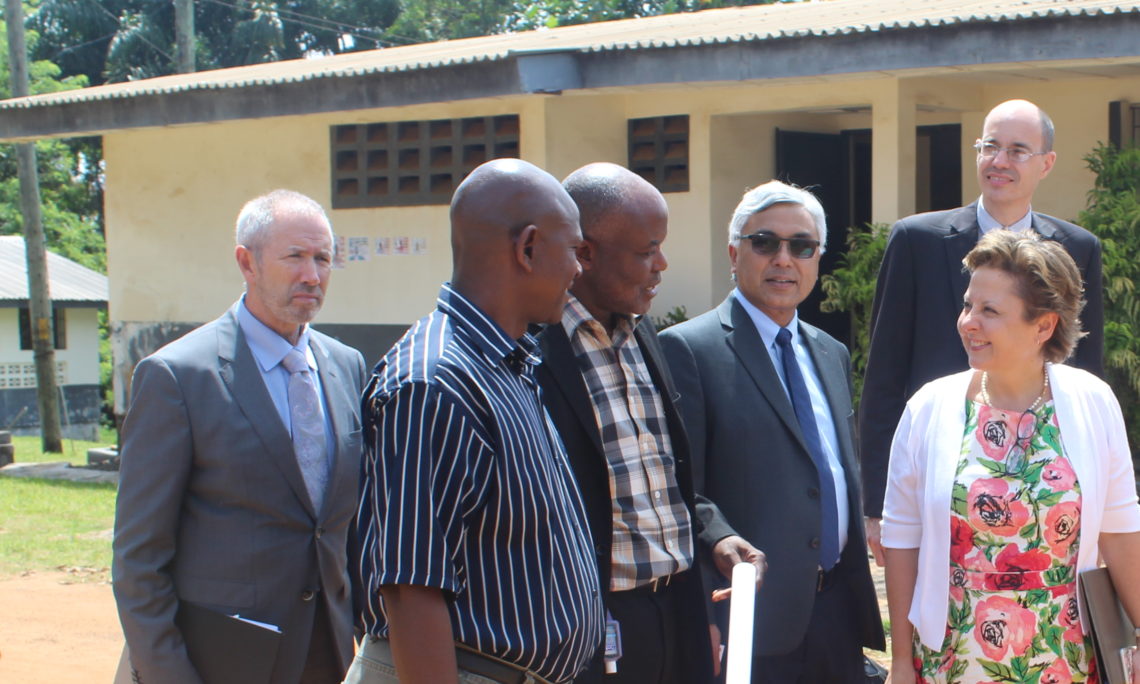 CORRECTED COPY – The press release below has been updated with corrected titles for Dr. Dahn and Dr. Adams.  The U.S. Embassy apologizes for the error.

The eLearning platform used at the college is intended to improve teaching and learning at AMD, boost the number of qualified doctors, reduce the workload on lec­turers, and be scalable in the future.

The program is part of HRSA’s Resilient and Responsive Health Systems (RRHS) Initiative, a five-year, $9.5 million grant.  It is a component of Liberia’s national Health Workforce Program, a seven-year inter-ministerial initiative designed to achieve targeted improvements in the quality, quantity, and skill diversity of the national health workforce.  The goal is to also improve access to safe and quality health services in Liberia.

The prime recipient of the RRHS grant, Brigham and Women’s Hospital in Boston, Massachusetts, subcontracts three other institutions, including Yale School of Medicine, that are working to strengthen the health worker education system in Liberia. Both Brigham and Women’s Hospital and Yale School of Medicine work at A.M. Dogliotti School of Medicine on a range of interventions, including strategic planning, curriculum restructuring, and permanent faculty development through teaching apprenticeships and study abroad.  It also supports the visiting faculty, new campus development, pedagogy improvement, and eLearning platform development.

During the visit, the delegation received an eLearning demonstration and spoke with faculty and students about the impact that the intervention has had.

Ambassador Elder said, “A key priority of the U.S. government’s work in Liberia is to improve the general health status of Liberians and to strengthen its health care delivery system.  The eLearning platform used at AMD represents an important contribution toward achieving that goal by improving the world-class preparation of medical students and faculty and attracting more Liberian men and women to the profession.”

Also attending the event was Dr. Myat Htoo Razak, Director of the Division of Global Programs at HRSA.

About A.M. Dogliotti College of Medicine

The A.M. Dogliotti College of Medicine (AMD), founded in 1968 as part of the University of Liberia, is Liberia’s only medical college. The college has a five-year medical pre-service program modelled on the U.S. training model. AMD has graduated 392 medical practitioners since its inception in 1968, with continued growth in the past 10 years. AMD graduates approximately 40 medical professionals per year. The total student enrolment for 2015–2016 was 201 students.  There are 31 instructors at the College, including those working part-time.