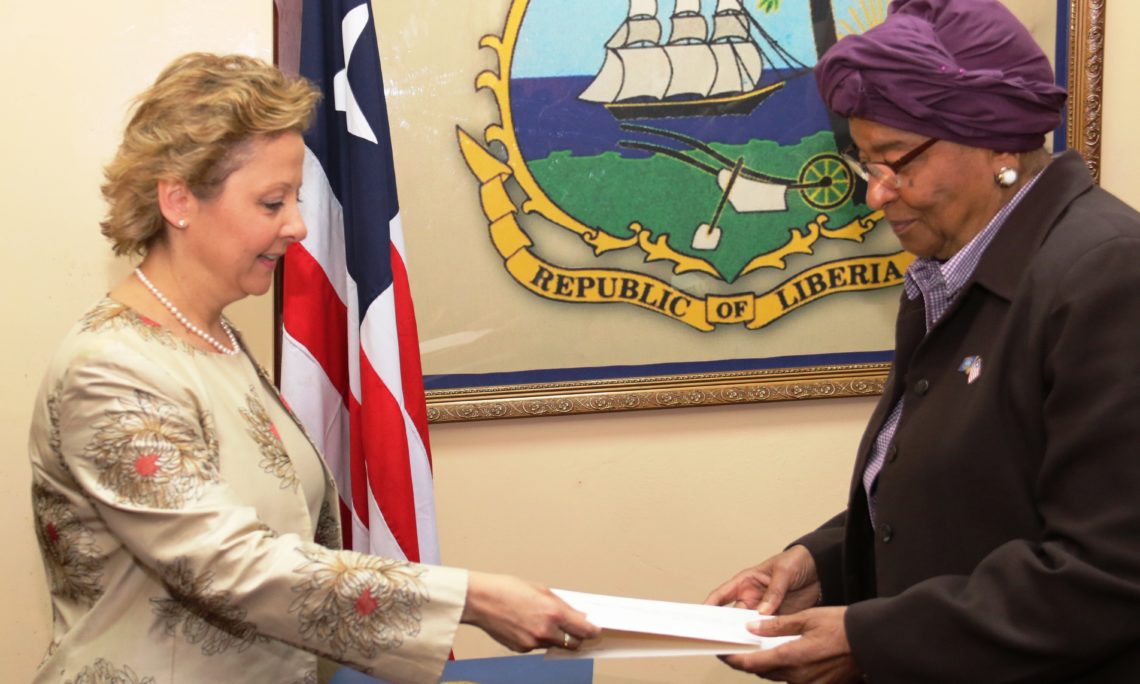 On June 23 the newly arrived U.S. Ambassador to Liberia, the Honorable Christine Elder presented her Letter of Credence to Liberian President Ellen Johnson-Sirleaf.  President Sirleaf accepted her credentials and warmly welcomed Ambassador Elder to Liberia, expressing her appreciation for the excellent, long-term relationship between the United States and Liberia, and especially for the recent support during the fight against Ebola.

Ambassador Elder noted she is looking forward to working with President Sirleaf and her government, complimenting President Sirleaf on her leadership and commitment to Liberia’s transformation to a stable democracy over the past years.  Ambassador Elder reiterated that the United States is strongly committed to working for a just and peaceful transfer of power as the 2017 election process advances.  She urged Liberians to continue to build peace amongst themselves during this time.  Ambassador Elder also underscored the continued focus on economic growth, education, and health systems as areas of cooperation.