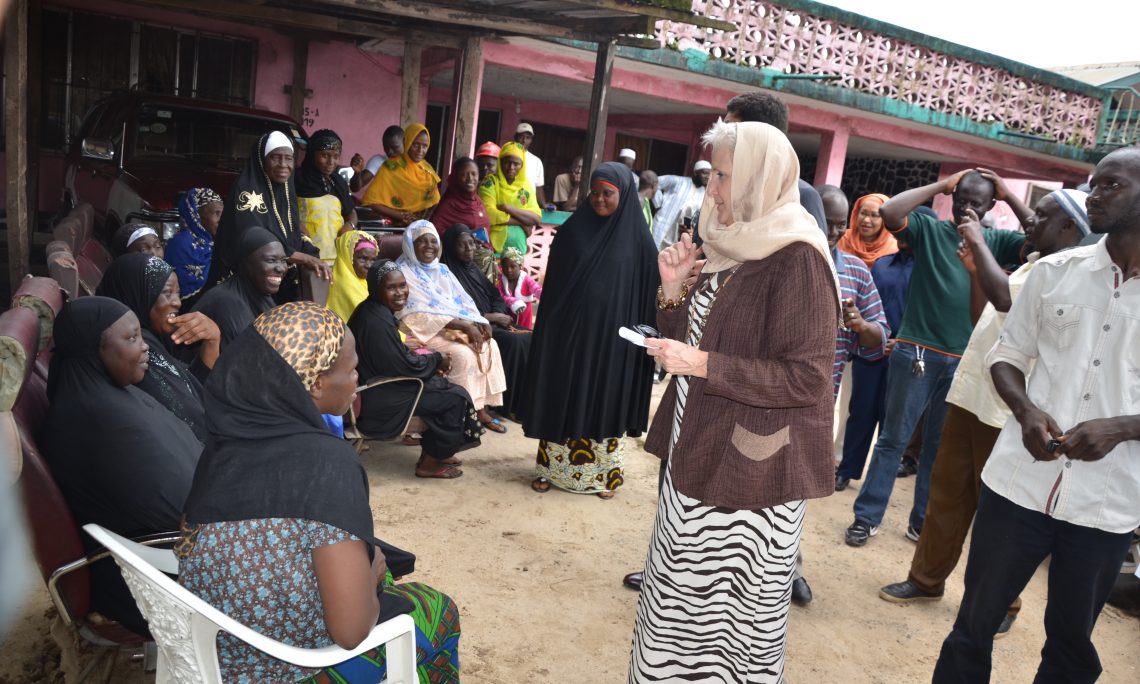 The Mosques included the New Georgia Estate Junction Mosque in Gardnerville and the 17th Street Mosque in Sinkor.

Ambassador Malac met with Liberian Muslim clerics and expressed sentiments on behalf of the U.S. Government and its people, and personally wished Muslims throughout Liberia lives blessed with the joy of family, peace, and understanding.

The U.S. Envoy said: “We pray for those here in Liberia who suffered from the Ebola virus and for their families.  Thank you for your efforts over this past year spreading awareness about how to combat this disease and countering unsafe practices.”

She praised the religious community which she said played a significant role in keeping people safe during the Ebola crisis.

“Now we work for a strong economic recovery for the people of Liberia.  These challenges demand the very qualities you summon every day during Ramadan: ‘sacrifice, discipline, patience.’  A resilience that says Liberians don’t simply endure, but overcome,” Ambassador Malac said.

The U.S. Envoy quoted the felicitations of President Obama when she said, “Ramadan is a time when Muslims recommit themselves to their faith, following days of discipline with nights of gratitude for the gifts that God bestows.  It’s a time of spiritual renewal and a reminder of one’s duty to our fellow man — to serve one another and lift up the less fortunate.”

Ambassador Malac donated rams and other food items as symbols of appreciation.

In response, the Liberian Muslim clerics expressed gratitude to the U.S. Ambassador for the gifts and thanked her for identifying with them during the holy month of Ramadan.

They reiterated their commitment to praying for peace in Liberia and hope that the relationship between the U.S. Embassy and the Liberian Muslim communities will continue to be strong.