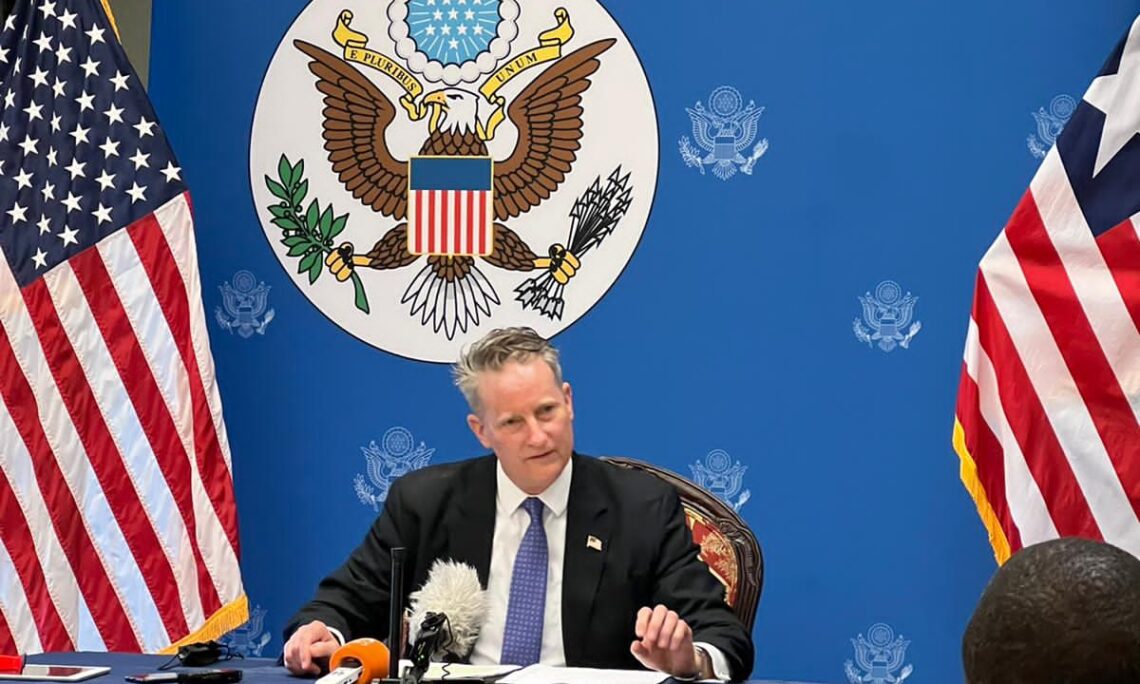 WASHINGTON — Today, the U.S. Department of the Treasury’s Office of Foreign Assets Control (OFAC) designated Liberian government officials Nathaniel McGill, Sayma Syrenius Cephus, and Bill Twehway for their involvement in ongoing public corruption in Liberia. These officials are designated pursuant to Executive Order (E.O.) 13818, which builds upon and implements the Global Magnitsky Human Rights Accountability Act and targets perpetrators of serious human rights abuse and corruption around the world.

“Through their corruption these officials have undermined democracy in Liberia for their own personal benefit,” said Under Secretary of the Treasury for Terrorism and Financial Intelligence Brian E. Nelson. “Treasury’s designations today demonstrate that the United States remains committed to holding corrupt actors accountable and to the continued support of the Liberian people.”

Corruption has long undermined Liberia’s democracy and its economy, robbing the Liberian people of funds for public services, empowering illicit actors, degrading the business environment, and damaging the rule of law and effective governance in the country. Corruption also contributes to diminished confidence in government and public perception of impunity for those with power. These designations reaffirm the commitment of the United States to hold corrupt actors accountable. The United States is a proud and dedicated partner and friend of Liberia and stands with the people of Liberia in support of democracy and the rule of law and will continue to promote accountability for corrupt actors, regardless of their position or political affiliation. The United States is also committed to working with the people and Government of Liberia to elevate countering corruption as a priority, including by bolstering public sector anti-corruption capacity, and reviewing and re-evaluating criteria for bilateral and multilateral assistance, including around transparency and accountability. Holding corrupt actors accountable and bolstering anti-corruption efforts are both consistent with, and reflects our commitment to implementing, the United States Strategy on Countering Corruption.

Nathaniel McGill (McGill) is Minister of State for Presidential Affairs and Chief of Staff to President George Weah. During his tenure in government, McGill has bribed business owners, received bribes from potential investors, and accepted kickbacks for steering contracts to companies in which he has an interest. McGill has manipulated public procurement processes in order to award multi-million dollar contracts to companies in which he has ownership, including by abusing emergency procurement processes to rig contract bids. McGill is credibly accused of involvement in a wide range of other corrupt schemes including soliciting bribes from government office seekers and misappropriating government assets for his personal gain. He has used government funds allocated to other Liberian government institutions to run his own projects, made off-the-books payments in cash to senior government leaders, and organized warlords to threaten political rivals. McGill has received an unjustified stipend from various Liberian government institutions and used his position to prevent his misappropriation from being discovered. McGill regularly distributes thousands of dollars in undocumented cash to other government officials for government and non-government activities.
McGill is being designated for being a foreign person who is a current government official who is responsible for or complicit in, or who has directly or indirectly engaged in, corruption, including the misappropriation of state assets, the expropriation of private assets for personal gain, corruption related to government contracts or the extraction of natural resources, or bribery.

Sayma Syrenius Cephus (Cephus) is the current Solicitor General and Chief Prosecutor of Liberia. Cephus has developed close relationships with suspects of criminal investigations and has received bribes from individuals in exchange for having their cases dropped. Cephus has worked behind the scenes to establish arrangements with subjects of money laundering investigations to cease investigations in order to personally benefit financially. He shields money launderers and helps clear them through the court system and has intimidated other prosecutors in an attempt to quash investigations. Cephus has also utilized his position to hinder investigations and block the prosecution of corruption cases involving members of the government. Cephus has been accused of tampering with and purposefully withholding evidence in cases involving members of opposition political parties to ensure conviction.
Cephus is being designated for being a foreign person who is a current government official who is responsible for or complicit in, or who has directly or indirectly engaged in, corruption, including the misappropriation of state assets, the expropriation of private assets for personal gain, corruption related to government contracts or the extraction of natural resources, or bribery.

Bill Twehway (Twehway) is the current Managing Director of the National Port Authority (NPA). Twehway orchestrated the diversion of $1.5 million in vessel storage fee funds from the NPA into a private account. Twehway secretly formed a private company to which, through his position at the NPA, he later unilaterally awarded a contract for loading and unloading cargo at the Port of Buchanan. The contract was awarded to the company less than a month after its founding. Twehway and others used family members to obfuscate their own involvement in the company while still benefitting financially from the company.
Twehway is being designated for being a foreign person who is a current government official who is responsible for or complicit in, or has directly or indirectly engaged in, corruption, including the misappropriation of state assets, the expropriation of private assets for personal gain, corruption related to government contracts or the extraction of natural resources, or bribery.

As a result of today’s action, all property and interests in property of these targets that are in the United States or in the possession or control of U.S. persons must be blocked and reported to OFAC. In addition, any entities that are owned, directly or indirectly, 50 percent or more by one or more blocked persons are also blocked. OFAC’s regulations generally prohibit all dealings by U.S. persons or within the United States (including transactions transiting the United States) that involve any property or interests in property of blocked or designated persons.
In addition, persons that engage in certain transactions with the individuals and entities designated today may themselves be exposed to sanctions or subject to an enforcement action. Furthermore, unless an exception applies, any foreign financial institution that knowingly facilitates a significant transaction for any of the individuals or entities designated today could be subject to U.S. sanctions.

The power and integrity of OFAC sanctions derive not only from OFAC’s ability to designate and add persons to the SDN List, but also from its willingness to remove persons from the SDN List consistent with the law. The ultimate goal of sanctions is not to punish, but to bring about a positive change in behavior. For information concerning the process for seeking removal from an OFAC list, including the SDN List, please refer to OFAC’s Frequently Asked Question 897 here. For detailed information on the process to submit a request for removal from an OFAC sanctions list, please click here.

Building upon the Global Magnitsky Human Rights Accountability Act, E.O. 13818 was issued on December 20, 2017, in recognition that the prevalence of human rights abuse and corruption that have their source, in whole or in substantial part, outside the United States, had reached such scope and gravity as to threaten the stability of international political and economic systems. Human rights abuse and corruption undermine the values that form an essential foundation of stable, secure, and functioning societies; have devastating impacts on individuals; weaken democratic institutions; degrade the rule of law; perpetuate violent conflicts; facilitate the activities of dangerous persons; and undermine economic markets. The United States seeks to impose tangible and significant consequences on those who commit serious human rights abuse or engage in corruption, as well as to protect the financial system of the United States from abuse by these same persons.

Click here for identifying information on the individuals designated today.