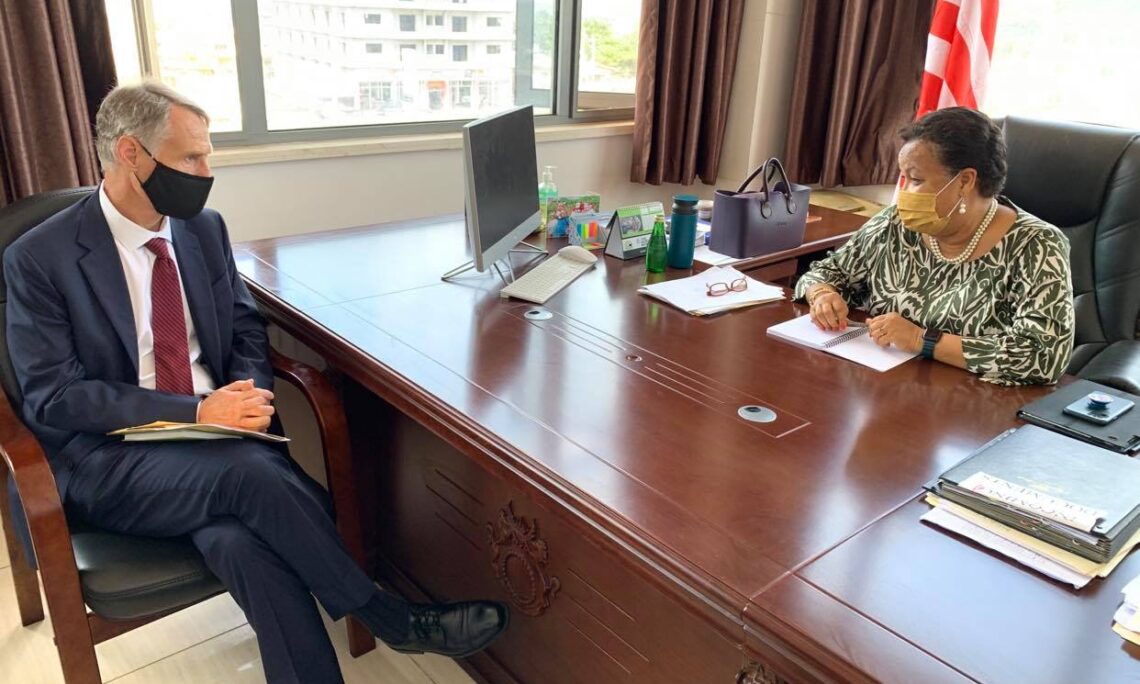 On Tuesday, August 31, The United States Agency for International Development Liberia Mission Director Jim Wright visited the Ministry of Agriculture where he discussed continued United States support for the agriculture sector.  Wright said, “Liberia is blessed with abundant fertile land, rainfall, and water resources that are critical to productivity in the agriculture sector.”  He added that the United States is committed to helping the Ministry fully use these resources to make “agriculture an engine of economic growth and job creation” for the Liberian people.

Agriculture Minister Jeanine Cooper acknowledged the longtime U.S. Government’s support for the agriculture sector.  She said her Ministry was looking for even more collaboration with the United States to improve the overall performance of the sector.

Support for the agriculture sector is a major component of U.S. development assistance programming in Liberia.  Household food security is a particular focus of U.S. agricultural support.  In the last year, USAID provided 48 metric tons of improved rice seeds and farming tools to more than 1,500 vulnerable rice farmers who lost access to seeds and other farm inputs during the COVID-19 pandemic.

USAID’s agriculture support is also focused on engaging the private sector to invest in agribusiness.  Working with local banks, USAID helped improve Liberians’ access to financing to invest in agribusiness operations such as post-harvest processing and produce marketing by smallholder farmers.  These efforts are part of a broader USAID strategy to achieve market-driven inclusive economic growth that supports job creation, especially for women and youth.

Wright described his meeting with Minister Cooper as “very productive.”  He said the Minister, a longtime investor in the agriculture sector, brought to her job a deep understanding of the challenges and opportunities in the sector.

His visit to the Agriculture Ministry was the latest in a series of courtesy visits he has made to various ministries and agencies since his arrival in Liberia a month ago.  Wright said he is “learning firsthand the priorities of his Liberian counterparts and how to build on the strong partnerships the United States has forged with all stakeholders in Liberia’s development.”