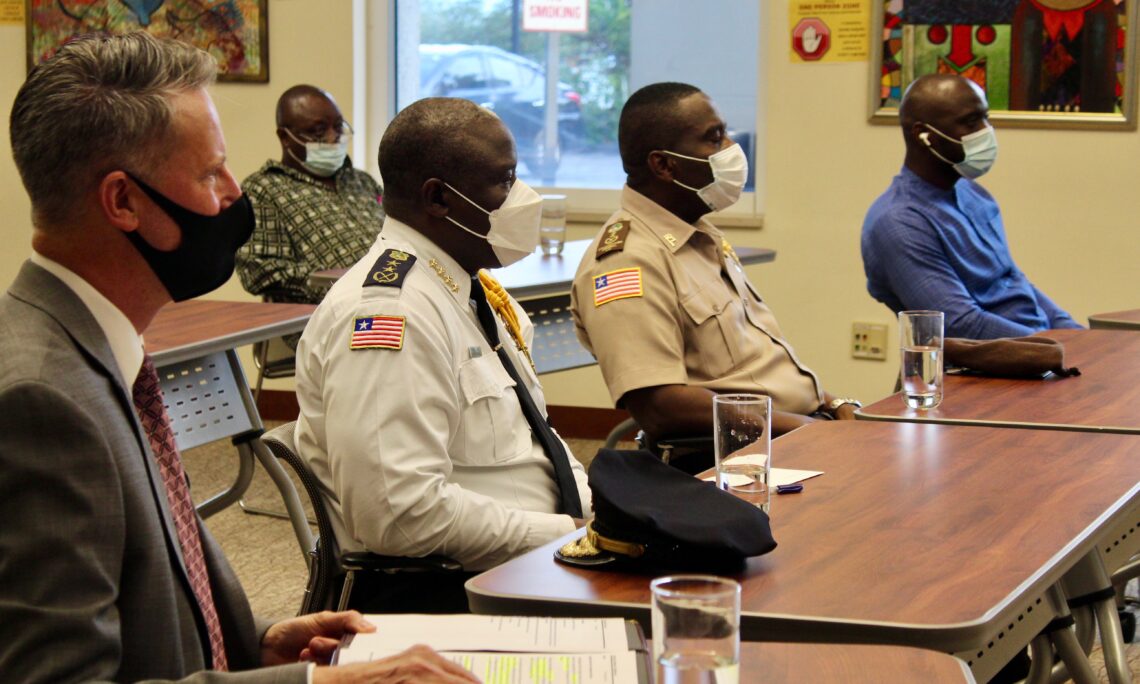 On Tuesday, March 9, 2021, the U.S. Embassy hosted a virtual memorial ceremony to honor former Liberia Drug Enforcement Agency Director General Marcus Soko. Invited guests tuned in from Liberia, the United States, and Guinea to honor the memory and achievements of Soko, who died of COVID-19 one year ago, on April 23, 2020.

Ambassador Michael McCarthy joined his predecessor, former Ambassador to Liberia Christine Elder, in praising the law enforcement cooperation that Director General Soko fostered between the United States and Liberia through his close partnership with the U.S. Embassy’s Office of International Narcotics and Law Enforcement Affairs (INL). Participating from New York, Ambassador Elder and Deputy Chief of Mission Alyson Grunder met with Mr. Soko’s children Augustine, Hamega, and Marcus Melvin. Ambassador Elder presented the family with a framed certificate of appreciation from the U.S. Drug Enforcement Agency and photos highlighting Director General Soko’s role in U.S.-Liberia partnership to stop the illegal drug trade and build the capacity of the LDEA.

Although Director General Soko’s loss is keenly felt, his legacy will live on through the continued partnership of INL and LDEA to disrupt and deter the illicit drug trafficking that threatens the national security and public safety of the United States and Liberia.

We mourn the many lives that the COVID-19 pandemic has taken and extend our profound sympathies to surviving families and communities who have lost loved ones.