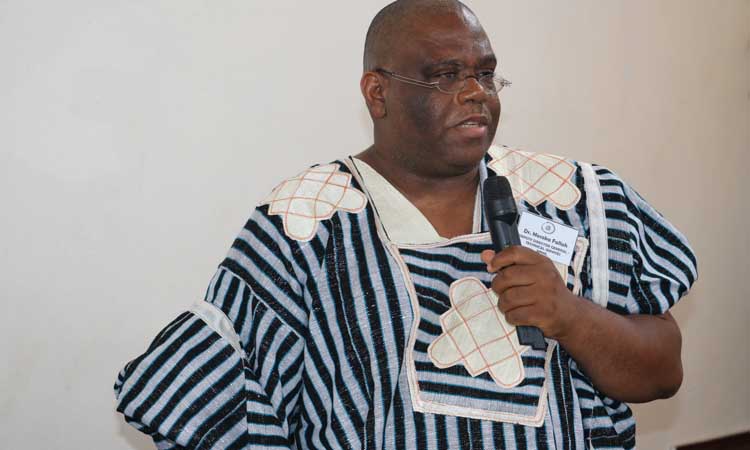 Monrovia, March 7, 2019 – A five-year study of Ebola survivors in Liberia (funded by the U.S. National Institutes of Health, or NIH) has found that although certain health problems remain more common among survivors than among their household and sexual contacts who never had the virus, overall, the health of survivors improved during their first year of follow-up.

“The Liberian government, through President George Manneh Weah and the Ministry of Health, would like to thank the researchers and the brave Ebola survivors for their contributions to this study. These results will impact the lives of many others, and I am proud of Liberia‘s role,” notes Dr. Wilhelmina Jallah, Liberia’s Minister of Health.

Although survivors initially reported symptoms of urinary frequency, headache, fatigue, muscle pain, memory loss, and joint pain more often than their close contacts in the study, the occurrence of these symptoms and other physical exam findings went down in both groups over a year. Nevertheless, both Ebola survivors and their close contacts were found to have many health problems overall.

These are among the first-year study findings reported in the March 7th issue of the New England Journal of Medicine by the Partnership for Research on Ebola Virus in Liberia (PREVAIL). PREVAIL, established in 2014, is a clinical research collaboration between the government of Liberia and the National Institute of Allergy and Infectious Diseases (NIAID), part of the NIH.

“The study validates the fact that Liberia has emerged out of the onslaught of the 2014 Ebola outbreak to become a leader in Ebola research that is benefiting humanity,” notes Mosoka P. Fallah, PhD, the Liberian Principal Investigator of the study. “It further signifies the impact of building modern research in a resource-constrained nation through collaboration with a developed country. The champions of this study are the survivors without whom this study would not have been possible,” Dr. Fallah adds.

PREVAIL 3, launched in 2015, is the largest study comparing the health of 966 Ebola survivors and 2,350 of their uninfected close contacts, who help researchers more reliably identify which health issues are specific to survivors. The study is ongoing at three study sites: John F. Kennedy Medical Center, C.H. Rennie Hospital, and Duport Road Clinic.

The new report describes findings from the participants examined at three different times: at study entry, at a 6-month follow-up, and at a 12-month follow-up. For each visit during that first year, the PREVAIL team compared reported symptoms, physical findings, and laboratory values in the survivor and close contact groups.

A smaller group of 564 survivors and 635 close contacts received eye exams by PREVAIL eye doctors at the JFK Medical Center. Uveitis (a group of inflammatory eye diseases that can cause pain, redness, swelling, tissue damage, light sensitivity, and vision loss) was the only health condition that did not improve in both survivors and close contacts during the one-year follow-up period. Survivors are encouraged to visit eye doctors to check for eye inflammation (and treatment if needed).

All other abnormal findings and symptoms declined among both survivors and close contacts in one year, and no new findings or symptoms were observed. According to the researchers, this improvement may be attributed to several factors, including resolution of post-traumatic stress disorder over time, interaction with a health care system, and resolution of tissue damage sustained during the acute Ebola illness.

Still, the frequency of most symptoms, neurologic findings, and uveitis was greater among survivors than among close contacts. Study neurologists continue to follow a smaller group of the survivors and close contacts to better understand and describe the neurologic issues experienced after surviving the illness.

“The PREVAIL Ebola survivors study is groundbreaking. It now helps us to better understand the excruciating pains, complications, and health issues facing our heroes after they survive this horrible disease,” notes Tolbert Nyenswah, LLB, MPH, Director-General of the National Public Health Institute of Liberia. “We will not rest until we find a lasting solution to the Ebola scourge,” he adds.

Previous studies indicate that Ebola virus genetic material (RNA) can persist in the semen of male survivors, posing a potential risk of virus transmission to sexual partners. Ebola virus RNA was detected in samples from 30 percent of the 266 male survivors. The longest time from acute illness to detection of Ebola virus RNA was 40 months.  The study also found that more than 30 men had two consecutive negative tests followed by one or more positive test, suggesting that Ebola virus RNA may appear and disappear in semen for longer than previously reported by others. The presence of Ebola virus RNA in semen, however, does not prove the presence of infectious virus, and more research is needed to understand the risks.

During the remaining years of study, PREVAIL researchers will continue to follow the health of survivors as well as to determine whether people who survive Ebola have developed immunity that will protect them from getting Ebola in the future. They also seek to determine whether EVD survivors can transmit Ebola infection to close contacts.

Co-leaders of the study are Dr. Fallah, Deputy Director General for Technical Services at the National Public Health Institute of Liberia; and Michael C. Sneller, MD, Medical Officer at NIAID/NIH. The study was sponsored by the Liberia Ministry of Health in collaboration with NIAID/NIH. Study partners include the National Eye Institute and the National Institute of Neurological Disorders and Stroke, both part of NIH; the University of Minnesota in Minneapolis; and the Johns Hopkins University Wilmer Eye Institute in Baltimore, Maryland.