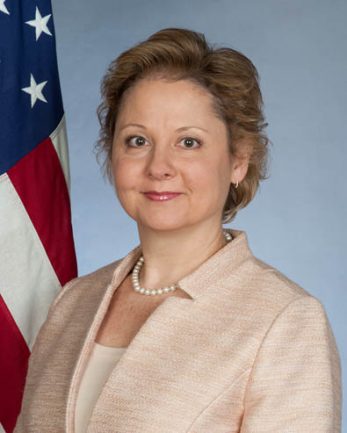 Christine Elder, a career member of the Senior Foreign Service, class of Minister-Counselor, was sworn in as U.S. Ambassador Extraordinary and Plenipotentiary to the Republic of Liberia in June, 2016.  She previously served as the Department of State’s Director for Southern African Affairs, with responsibility for U.S. relations with ten countries in sub-Saharan Africa, including Mozambique, where she was the U.S. Deputy Chief of Mission from 2010-2013.