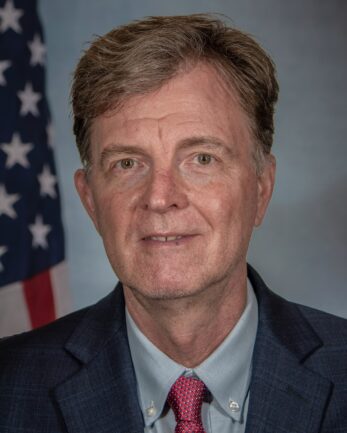 Joel Maybury arrived at U.S. Embassy Monrovia as the Deputy Chief of Mission in August 2021.  He previously served as the Senior Advisor and Director of Operations in the Secretary’s Office of Global Women’s Issues.

In his previous assignment in the Office to Monitor and Combat Trafficking in Persons, he served as the Deputy Director and oversaw the office’s international programs team (foreign assistance) and resource management and planning team.  Previously he served as the Deputy Chief of Mission in Port Moresby, Papua New Guinea, an assignment that included diplomatic engagement with the Solomon Islands and Vanuatu.

Mr. Maybury served as Deputy Chief of Mission in Bangui, Central African Republic, and helped reopen the Embassy that had been closed for 20 months due to escalating violence.  He also served as Principal Officer at the American Presence Post in Bordeaux, France; Chargé and Acting Deputy Chief of Mission at the U.S. Mission to the African Union in Addis Ababa, Ethiopia; Public Affairs Officer in Khartoum, Sudan; Political Counselor in Abu Dhabi, United Arab Emirates; Algeria Desk Officer; Political and Consular Officer in Lomé, Togo; and Political and Consular Officer in Djibouti.

Mr. Maybury attended the National Defense University’s Eisenhower School where he received an M.S. in National Resource Strategy.  He has received numerous Department awards, including the Secretary’s Award for Public Outreach for his public diplomacy and political engagement with different Muslim communities, and Superior Honor and Meritorious Honor Awards.

He holds a B.A. in International Relations and French Literature from the University of California at Davis.  He speaks fluent French and learned Arabic at the Department of State’s Foreign Service Institute.  Prior to joining the Foreign Service, he worked as a newspaper reporter principally in Northern California (Oakland Tribune, Hayward Daily Review, Roseville Press-Tribune, Manteca Bulletin, and Sacramento Observer).