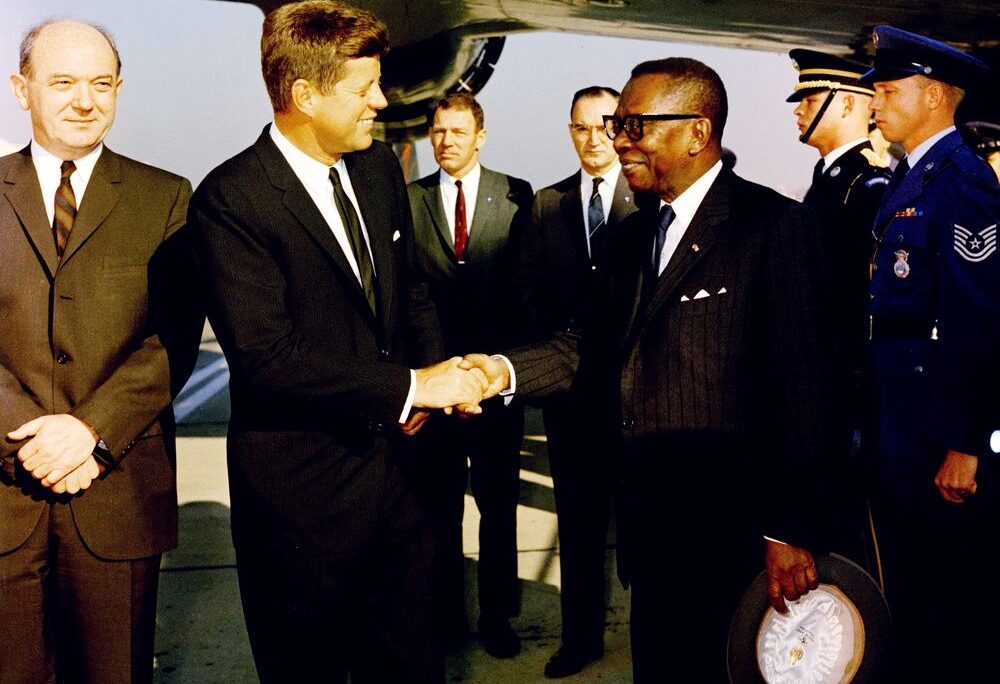 On November 3, 1961, President John F. Kennedy signed an executive order establishing the United States Agency for International Development (USAID) as the world’s premier foreign assistance agency with the mission to help countries receiving American aid “make a determination that they can solve their problems.”  Liberia was among the first countries in which USAID established a mission 60 years ago, marking the beginning of an enduring development partnership that built Liberian institutions to help solve long-standing national development challenges and urgent crises.

Some of those institutions, like the John F. Kennedy (JFK) Medical Center, are deeply woven into the Liberian national fabric.  Many Liberians still remember the deep sense of national pride when the modern, fully equipped, professionally staffed JFK Medical Center opened its doors in 1971.  The hospital was one of the best tertiary health care providers in all Sub-Saharan Africa at the time—thanks to an assistance package USAID extended to establish a national medical center.  Today, 50 years later, the JFK Medical Center continues to anchor Liberia’s health system, providing care for thousands annually and producing a regular supply of medical doctors, nurses, and other health care professionals through its component institutions, the A.M. Dogliotti College of Medicine, and the Tubman National Institute of Medical Arts.

That was the very year of USAID’s founding, when the United States agreed to a request from the Liberian Minister of Education to help build an integrated school system for Monrovia’s fast-growing student population.

But USAID did more than construct MCSS school buildings.  It made early investments in the long-term sustainability of the MCSS. It sent scores of Liberians to the United States for advanced training as teachers, school administrators, and curriculum consultants.  Together, these Liberian educational professionals represented a combined 140 instructional years.  They and their successors made the MCSS—now 52 years old—a national leader in the education of Liberian youth.

The Kakata Rural Teacher Training Institute (KRTTI) is yet another proud Liberian educational institution that grew out of the United States-Liberia development partnership. Founded in 1962 with U.S. Government support, KRTTI remained under USAID management and direct supervision for 10 years before the United States formally turned the institution over to the Government of Liberia in 1972. Today, KRTTI remains a leader in producing teachers for Liberia’s public schools.

The Liberian Civil War, as we know, destroyed many of these institutions and erased much of the early gains we achieved together in the education, health, and other sectors.  But the civil conflict also taught us an important development lesson: We cannot successfully build on whatever remains of these gains and tackle the broader structural impediments to Liberia’s development without first addressing the underlying causes of its conflict, including the need for rule of law, credible justice institutions, and accountable governance.

And so, as peace finally returned to Liberia in 2003, the United States enthusiastically joined the rebuilding efforts, including investing in democracy-enhancing institutions.  We work with our Liberian partners to support free and fair elections, a free and professional media, a fair and independent judiciary, and an active and engaged civil society.  Today, less than 20 years later, the results of these investments speak for themselves: Three peaceful presidential and legislative elections since 2005, a historic peaceful transfer of power in 2017, and judicial resolutions of the most heated elections disputes—all signaling the strength of Liberia’s democratic order.  Meanwhile, Liberia’s open and engaged civil society and active community-based media continue to foster robust popular participation in the democratic process.

These are successes in which all Liberians and their development partners can take justifiable pride. But another important lesson we have learned together is that in addition to accountable democratic governance, Liberia needs sustained, private sector-led inclusive growth for its long-term stability.

Improved agricultural productivity and value chain development, particularly in the rice sector, has been the cornerstone of our efforts to help Liberia spur growth, along with investments in farm-to-market roads, safe drinking water, and reliable and affordable electricity.

All along, we have maintained our focus on developing Liberia’s most important assets by continuing to invest in the health and education of its people. From improving early grade reading to providing livelihood skills for youth without formal education to awarding scholarships to university lecturers for advanced degrees in critical areas like agriculture and engineering, we continue to partner with the Ministry of Education to develop the capacity of all Liberians.  In the health sector, United States development programming directly funds care delivery at all levels of the public health system, including at the community level where our partnership with the Ministry of Health has produced an internationally recognized cadre of community health workers.  Even TIME magazine recently recognized these Liberian heroes, crediting them for treating “one of every two children in rural Liberia with malaria.”

These community health care workers are powerful testaments to the strength and productive capacity of the United States-Liberia development partnership.  They represent Liberia’s future.  They are trained and motivated.  They come from the very towns and villages they serve and can be found across Liberia: Karnplay, Salala, Voinjama, Ganta, to name just a few.  Every day, they go into their communities to solve a crucial problem that has long plagued Liberia’s health system: Bringing quality care to rural Liberians without access to a health facility.  These community health workers stand as living proof of the extent to which we have all succeeded in heeding President Kennedy’s call 60 years ago for USAID to help countries Like Liberia receiving American aid “make a determination that they can solve their problems.”

We stand alongside them and all of our other Liberian development partners with an unwavering commitment to helping Liberia alleviate poverty and chart its own development course.