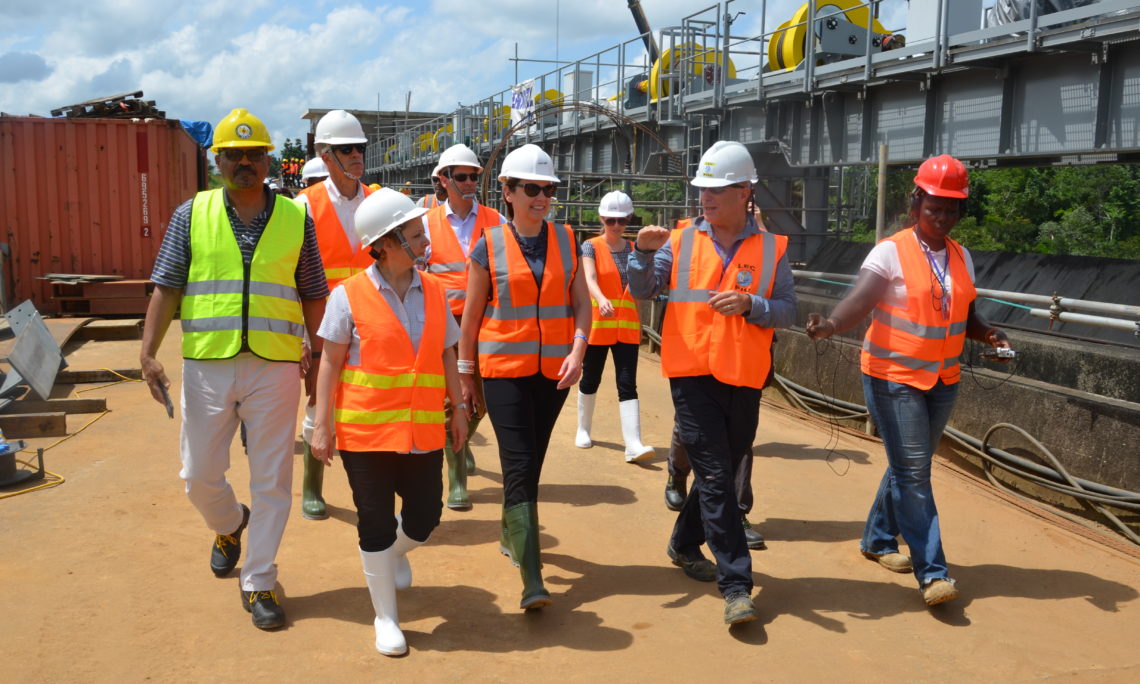 “The United States is proud of its partnership with the people of Liberia to tackle the issues constraining growth in the aftermath of Ebola,” said CEO Hyde. “I am pleased to see the work being carried out at the Mt. Coffee hydropower plant, which will triple the amount of electricity the utility is able to produce. Mount Coffee will produce clean, affordable, and reliable power for people, communities and businesses.”

MCC’s $257 million Liberia Compact, launched early this year, focuses on addressing the lack of access to reliable and affordable electricity and inadequate road infrastructure. MCC is investing in the rehabilitation of the Mount Coffee Hydropower Plant, along with the Government of Liberia, the European Investment Bank, KfW Development Bank, and the Government of Norway. The Mount Coffee plant is on track to deliver power from the first turbine by the end of the year.

MCC is also supporting Liberia’s Ministry of Public Works by investing in a nationwide road maintenance framework. A strong road system will help reduce the cost of doing business, boost local trade, and create stronger economic ties throughout the region.

On the MCC Powering

Africa Trip, CEO Hyde has visited Benin, Sierra Leone, and Liberia. The next country CEO Hyde will visit is Ghana.