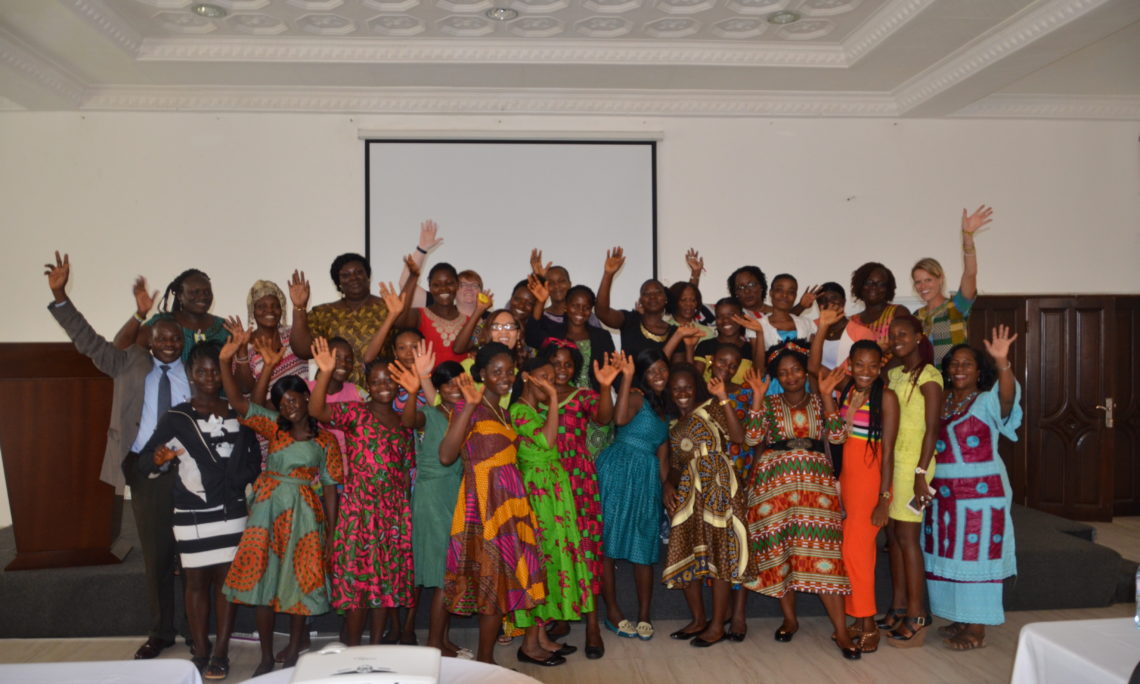 (Monrovia, October 7, 2016) Today, as part of the Let Girls Learn initiative, 22 Liberian girls will travel to the United States to celebrate the International Day of the Girl with U.S. First Lady, Michelle Obama.  The 22 girls were selected due to their participation in educational programs supported by the Peace Corps, U.S. Agency for International Development (USAID) and the U.S. Department of State.  They also met with Mrs. Obama during her visit to Liberia in June.

While in Washington, D.C. the girls will attend the premier of a CNN documentary film entitled, We Will Rise: Michelle Obama’s Mission to Educate Girls Around the World.  The Liberian girls, along with girls from Morocco, are featured in the film highlighting the importance of education, obstacles girls face in receiving a quality education, and solutions to these problems which affect approximately 62 million girls around the world.  The obstacles run the gamut from limited educational resources like schools and teachers to economic and cultural impediments.

Let Girls Learn is a U.S. government initiative to address obstacles facing adolescent girls, encompassing support, programing and partnerships across the Department of State, USAID, Peace Corps, and Millennium Challenge Corporation, while working closely with the Government of Liberia.  In addition to investing money in girls’ education, Let Girls Learn also seeks to change how women and girls are viewed and valued around the world.

Investing in adolescent girls through education benefits not only girls and their families, but entire communities and economies.  When girls remain in school, they are more likely to marry later, have fewer and healthier children, and earn an income that they will invest back into their families and communities.  When an adolescent girl drops out of school, she faces increased risks of early marriage, early pregnancy, HIV infection, and health problems.  She is more likely to be unskilled, have less earning power, and be less able to meaningfully participate in society.

The U.S. government values the critical role girls and women play in developing their communities and supports advances in girls’ education across Liberia.