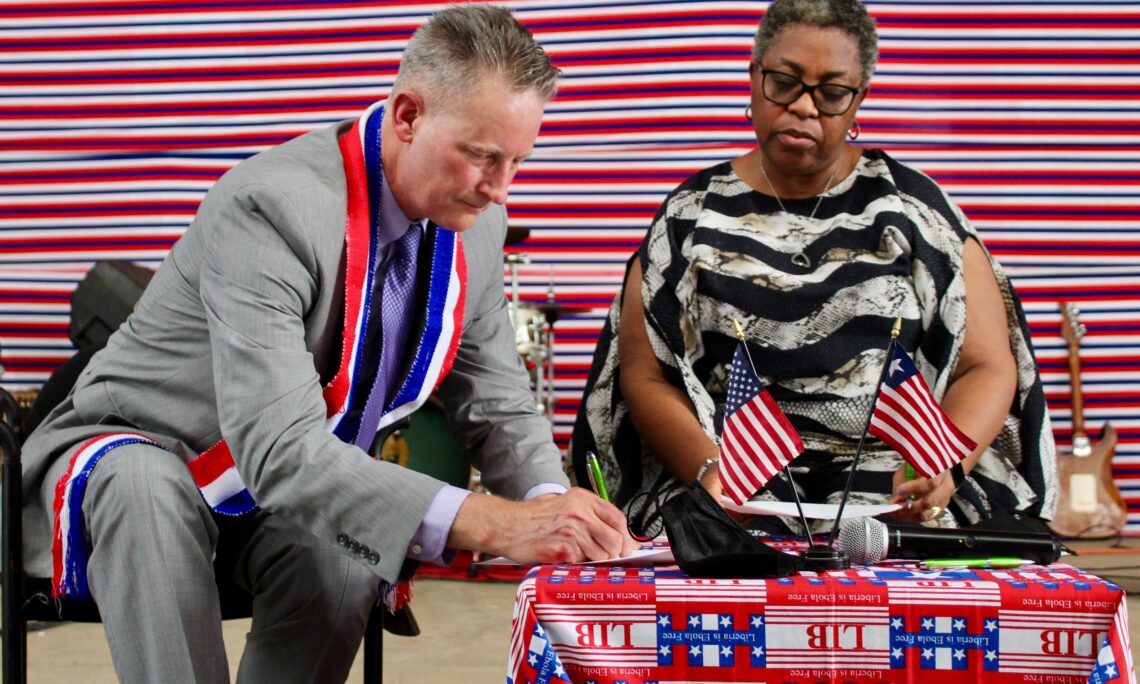 In 2020, the U.S. Department of State awarded the World Monuments Fund (WMF) a nearly $100,000 grant from the Ambassadors Fund for Cultural Preservation (AFCP), overseen by the U.S. Embassy in Monrovia, to conduct a study on preservation and reuse of Providence Island.  WMF selected University of Virginia professor Allison James to lead the study project and to consult with wide-ranging Liberian stakeholders.  Professor James is collaborating closely with Dr. William B. Allen, professor of history at the University of Liberia and scholar of Liberian history.

Providence Island, where indigenous tribes lived for centuries prior to the arrival of formerly enslaved American settlers in 1821, is essential to telling the story of Liberia, its peoples, and nationhood.  It is also a symbol of the enduring relationship and people-to-people ties between the United States and Liberia.  And today, Providence Island is an important green space in central Monrovia and a potential tourist attraction.

Professor James, with the support of the Ministry of Information, Cultural Affairs, and Tourism (MICAT), first visited Liberia in November 2020.  She met with government ministers, the National Traditional Council of Liberia, youth leaders, members of the communities surrounding Providence Island, and other stakeholders.  She is currently teaching a class that partners University of Virginia students with University of Liberia students to conduct research projects that will inform the historical information in the final study.

Speaking to the prestigious group gathered to celebrate this occasion, Ambassador McCarthy expressed his excitement, “Providence Island continues to be a meeting place, a place of exchange, a place of nature, a place of multiculturalism.  It is truly historic ground.  And it is and will always be powerful symbol of the enduring U.S.-Liberia relationship.”