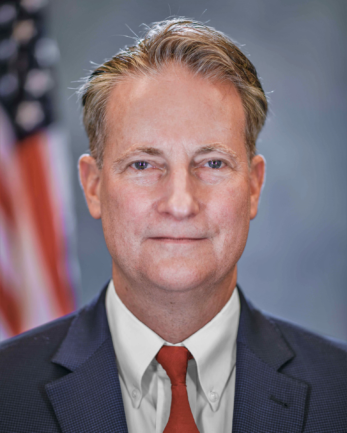 Ambassador McCarthy was nominated by President Donald Trump to be Ambassador Extraordinary and Plenipotentiary of the United States of America to the Republic of Liberia on June 2, 2020. He was confirmed by the U.S. Senate on November 18, 2020.

Ambassador McCarthy is a career member of the Senior Foreign Service, class of Minister-Counselor.  Previously, he served as Consul General of the U.S. Consulate General, Johannesburg, South Africa.  He has also served as the Director of the Office of Retirement in the Bureau of Human Resources in the State Department and the Deputy Chief of Mission for Embassy Juba in South Sudan.

Ambassador McCarthy’s earlier assignments include service as the Management Officer at the U.S. Consulate General in Frankfurt, Germany; the U.S. Embassy in New Delhi, India; and the U.S. Embassy in Asmara, Eritrea.  At State Department headquarters, Ambassador McCarthy took up assignments as the Area Management Officer of the East Africa Division in the Office of Overseas Buildings and Operations and as a Country Desk Officer in the Office of West African Affairs, Bureau of African Affairs.  He also served overseas at the U.S. Embassies in Montevideo, Uruguay; Colombo, Sri Lanka; and Bangkok, Thailand.  Before joining the Foreign Service, he was the Vice President, Marketing for Compro Systems, Inc., in Baltimore, MD.  He also was a Technical Information Specialist in the Executive Office of the President in addition to serving earlier as a Peace Corps Volunteer in Togo.

Ambassador McCarthy received his B.S. from Tulane University, New Orleans, Louisiana in 1982.  He is the recipient of multiple State Department performance awards.  He speaks French, Spanish, and Thai.  He has two daughters from a previous marriage and a stepson and stepdaughter with his wife Sandra A. McCarthy.