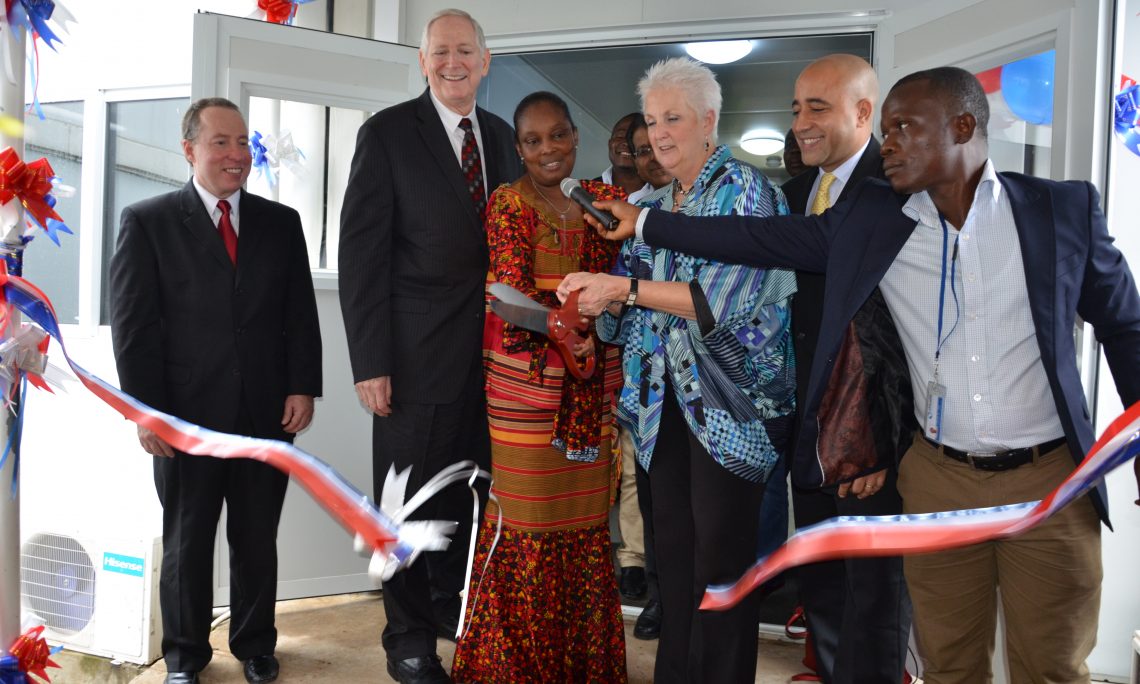 Minister of Health Dr. Bernice Dahn; U.S. Ambassador to Liberia Deborah Malac; and representatives from the Centers for Disease Control and Prevention, the CDC Foundation and the Paul G. Allen Ebola Program participated on August 21 in a dedication ceremony of the Emergency Operations Center in Monrovia.

Other donors provided support to meet additional needs identified for the emergency operations centers. Facebook Founder and CEO Mark Zuckerberg and his wife Dr. Priscilla Chan funded a second floor in the Liberia EOC through their donor-advised fund at the Silicon Valley Community Foundation. This floor contains space for training public health workers and space for professional staff, including technical and response teams. Training rooms will help the Ministry of Health, CDC and other partners work alongside Liberia’s public health professionals as they learn new skills and strengthen existing skills in surveillance and public health emergency response. For example, Liberia’s new Field Epidemiology Training Program, a partnership with the Ministry of Health, CDC and Emory University of Atlanta, is holding classes in this space to educate health practitioners in identifying risk factors for disease and targets for preventive healthcare.

The Bill & Melinda Gates Foundation and other donors provided funding through the CDC Foundation to implement a strategy to extend and support the Ebola incident management work by establishing 15 county-level emergency operations centers in Liberia. This funding supported the establishment of the facilities and the hiring and training of specialized staff to operationalize these emergency operations centers.