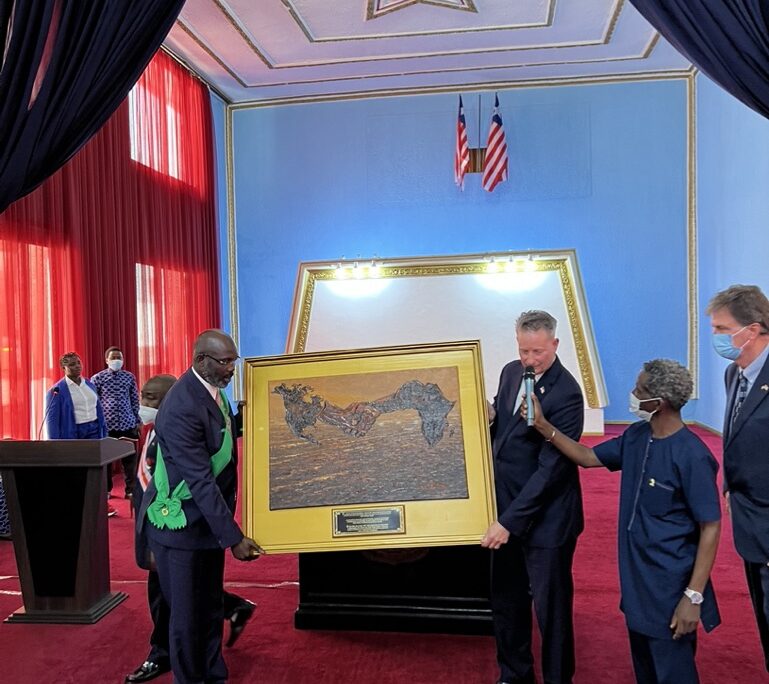 “We, citizens of the United States, cherish the unique historical ties existing between our nation and Liberia, and in the name of ‘our common Creator and common Judge’ commend for Liberia the spirit of freedom, ‘sympathy and friendly consideration’ as a principle of peace which all members of the world family of nations should share, and we, On this 26th day of July, 1947, duly represented and assembled in Washington, the capital city of the United States of America, extend to Liberia our congratulations and warmest sentiments on its centenary of statehood.”