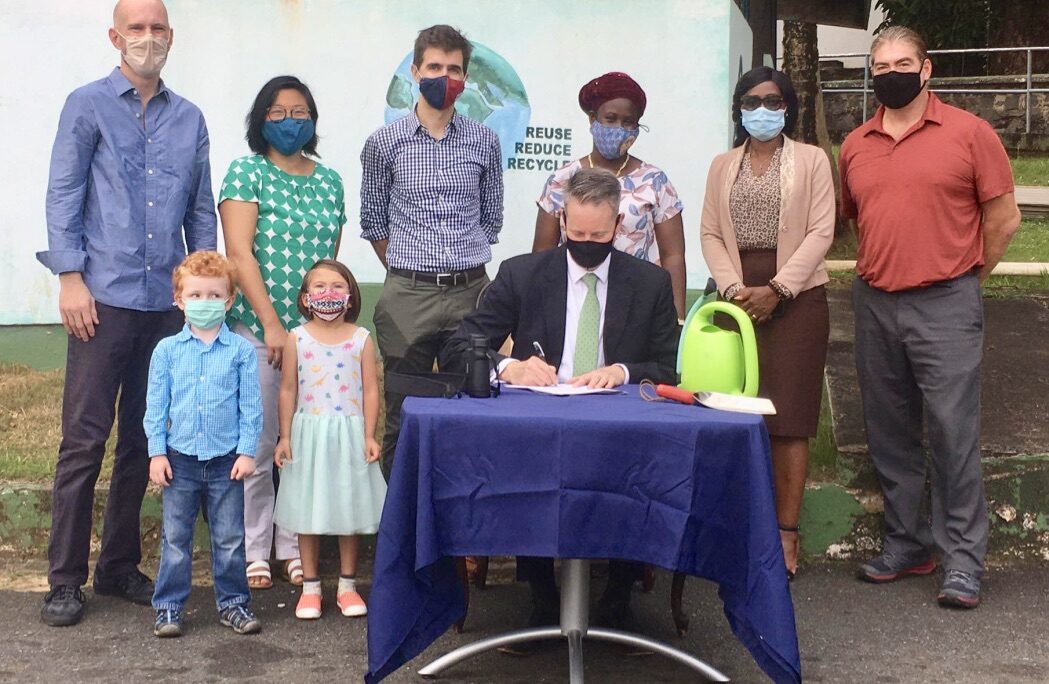 By signing the Greening Diplomacy Initiative pledge, Ambassador McCarthy promises to enhance the energy security and environmental performance of the U.S. Embassy Monrovia and its facilities.  He also pledged to engage the Liberian government and local communities on sustainability by sharing best practices.

World Wildlife Day was established in 2013 by the United Nations General Assembly.  It celebrates the signing of the Convention on International Trade in Endangered Species of Wild Fauna and Flora in 1973.  The 2021 theme is “Forests and Livelihoods:  Sustaining People and Planet” to highlight the central role of forests, forest species, and ecosystems services in sustaining the livelihoods of hundreds of millions of people globally.