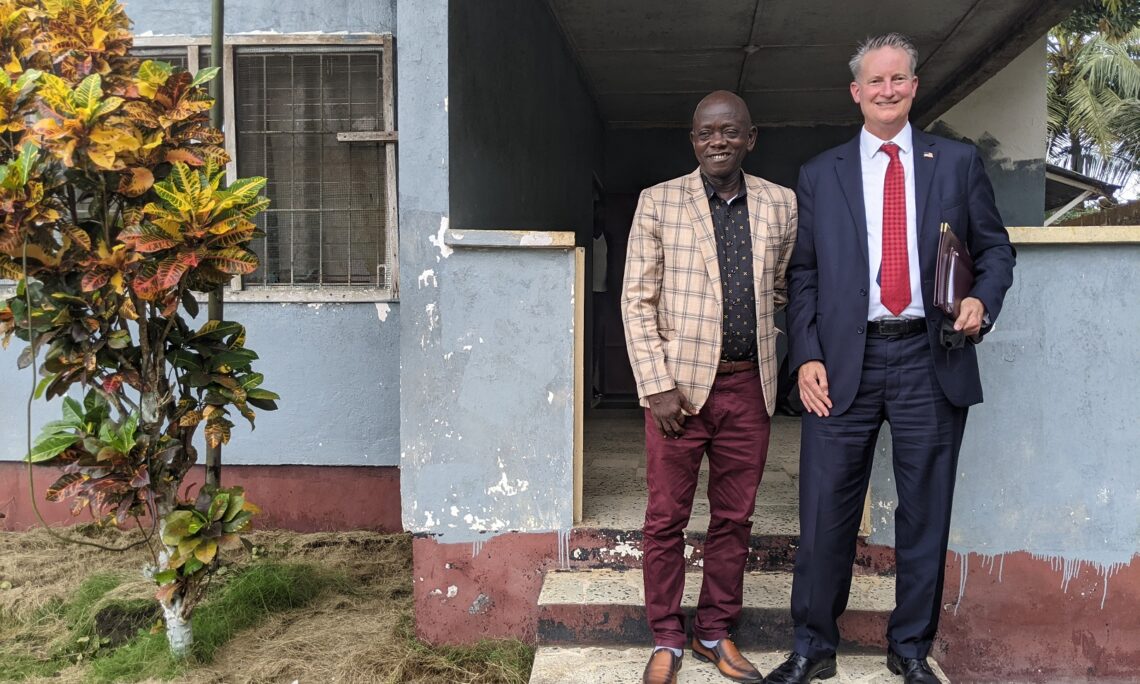 In his meeting today with Hassan Bility and other members of the Global Justice Research Project (GJRP) staff, Ambassador Michael McCarthy thanked Bility for his many years of selfless service to the cause of justice for war crimes victims.  Ambassador McCarthy remarked that the painstaking efforts of the GJRP to research war crimes has demonstrated that a group of committed Liberians can achieve justice for war crimes victims.  This is in keeping with the U.S. Government’s belief that war crimes accountability for Liberians must be led by Liberians, he noted.

The Ambassador also learned that the work of GJRP, while supported by Liberians who seek justice for war crimes victims, is not welcomed by those who have been brought to justice as the result of GJRP’s work.  As a result, the organization and Bility personally have received many threats to their security and even their lives over the years. “I want to make it clear that violence against those who seek justice through the rule of law must never be tolerated in Liberia,” the Ambassador remarked.  “The United States Embassy regards the security of committed researchers like these to be of the utmost importance, and as a bellwether of Liberia’s democratic progress.”

The U.S. Government has invested heavily in Liberia’s security sector in order for Liberians to pursue justice through proper legal channels.  Since 2005, the Bureau of International Narcotics and Law Enforcement Affairs (INL) has committed more than $149.5 million to support civilian security and justice sector programs that increase the capacity of Liberia’s civilian security agencies and the Ministry of Justice to maintain peace and stability in Liberia and to become a more effective partner with the United States and other West African countries.