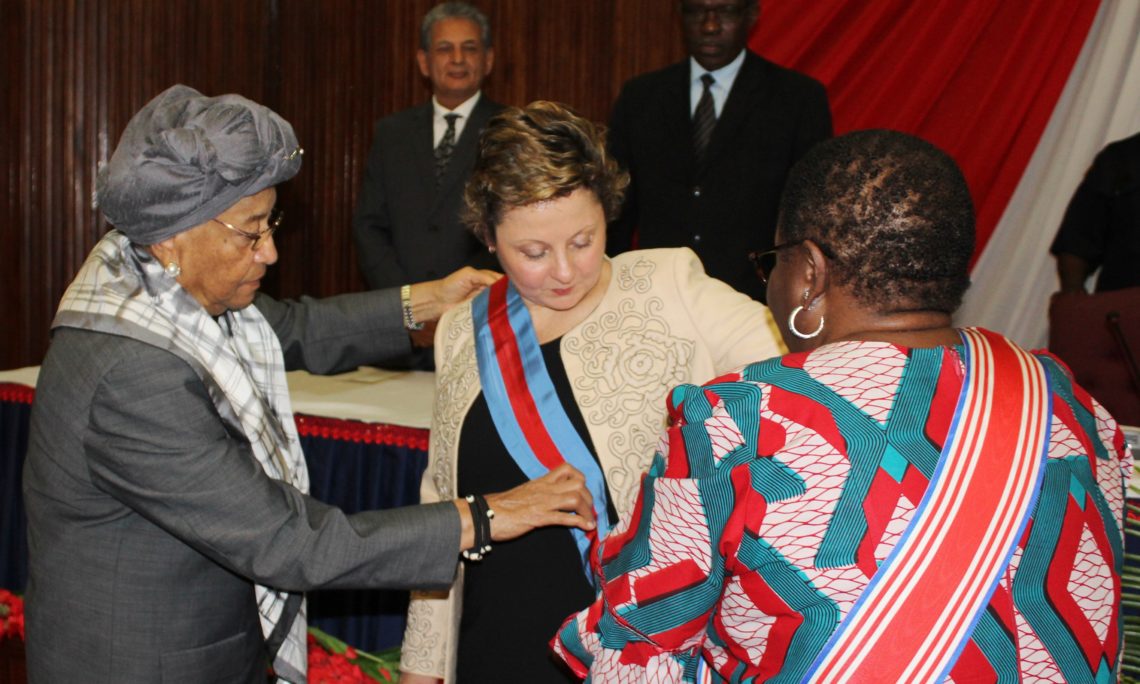 On January 12, 2018, President Ellen Johnson Sirleaf inducted U.S. Ambassador to Liberia Christine Elder into the Order of the Star of Africa, with the Grade of Grand Band. In accepting the honor on behalf of the United States, Ambassador Elder noted, “I fully recognize that (this honor) is reflective of the broad and deep bonds of respect and partnership between our peoples as articulated daily by so many Americans and Liberians working together not only in governments, but in the private sector, at educational institutions, within religious communities, at healthcare facilities, and through NGOs.”

In presenting the award, President Sirleaf said, “We are grateful for your unrelenting efforts in helping us to maintain our peace and security.” President Sirleaf also expressed appreciation for U.S. government programs and Ambassador Elder’s support to accelerate socio-economic transformation in Liberia, including through expanding production of electricity and efforts to improve agricultural production. President Sirleaf recognized Ambassador Elder for efforts that she and the U.S. Embassy initiated to support the successful 2017 general and presidential elections in Liberia.