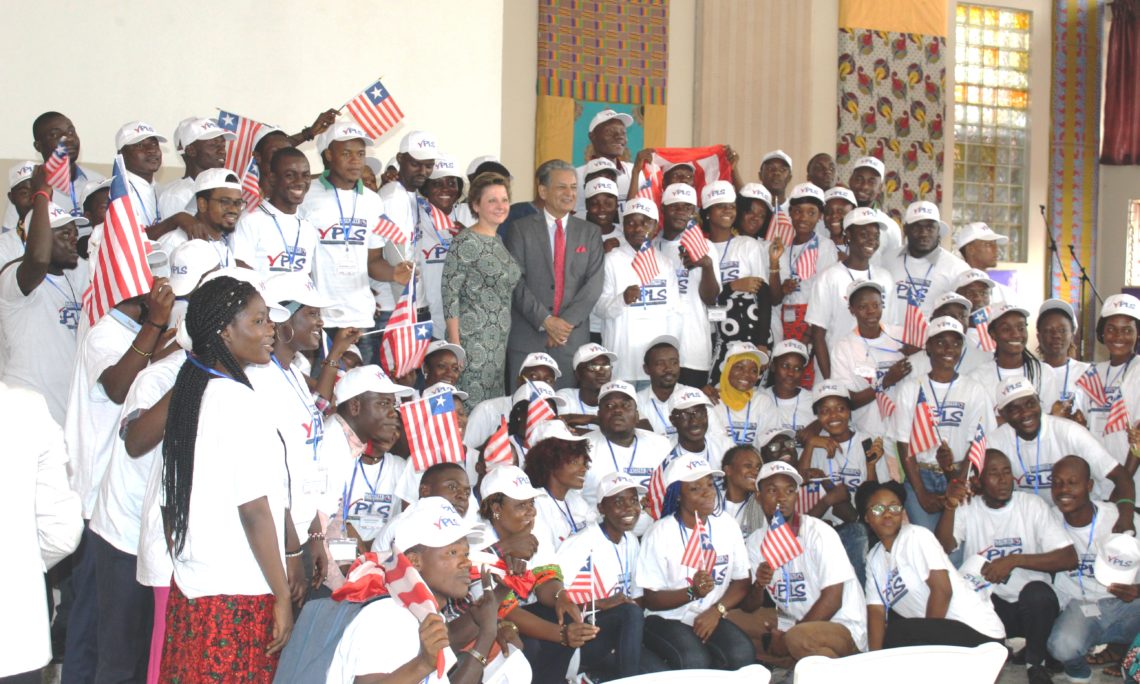 On Monday, July 31st,NAYMOTE launched the fourth semester of its Young Political Leaders School. U.S. Ambassador Christine Elder was proud to serve as a keynote speaker, along with SRSG Farid Zarif of UNMIL. In her remarks, she urged, “As the week goes on, don’t forget to seek to understand what you have in common, and how you might come to consensus on issues that evoke strong feelings coming from different positions, but that are important for Liberia and your future. This opportunity for fellowship is one of the most valuable aspects of YLPS. These skills are important not just in the political realm, but in your everyday lives, families and relationships.”

“What you have to say matters, and how you say it matters even more. By practicing how to engage responsibly, peacefully and transparently in the political process, you will ensure that your voices are not only heard, but also heeded by those in government and the international community.”

On Tuesday, August 1st U.S. Ambassador to Liberia Christine Elder traveled to Bo Waterside on the Sierra Leonean border with Liberia to participate in “The Talking Bus,” a voter education effort with the Angie Brooks International Centre and funded by the U.S. Embassy’s Public Affairs Section. The project is one of numerous civic education programs the Embassy is sponsoring as part of its support for preparations for the October 2017 elections. The Talking Bus has traveled to communities throughout Liberia to invite local citizens onto the bus to discuss issues of concern for them and their communities and to ask participants how these issues are being addressed by candidates running for office. Joining the event in Bo Waterside was also Swedish Ambassador to Liberia Ingrid Wetterqvist.