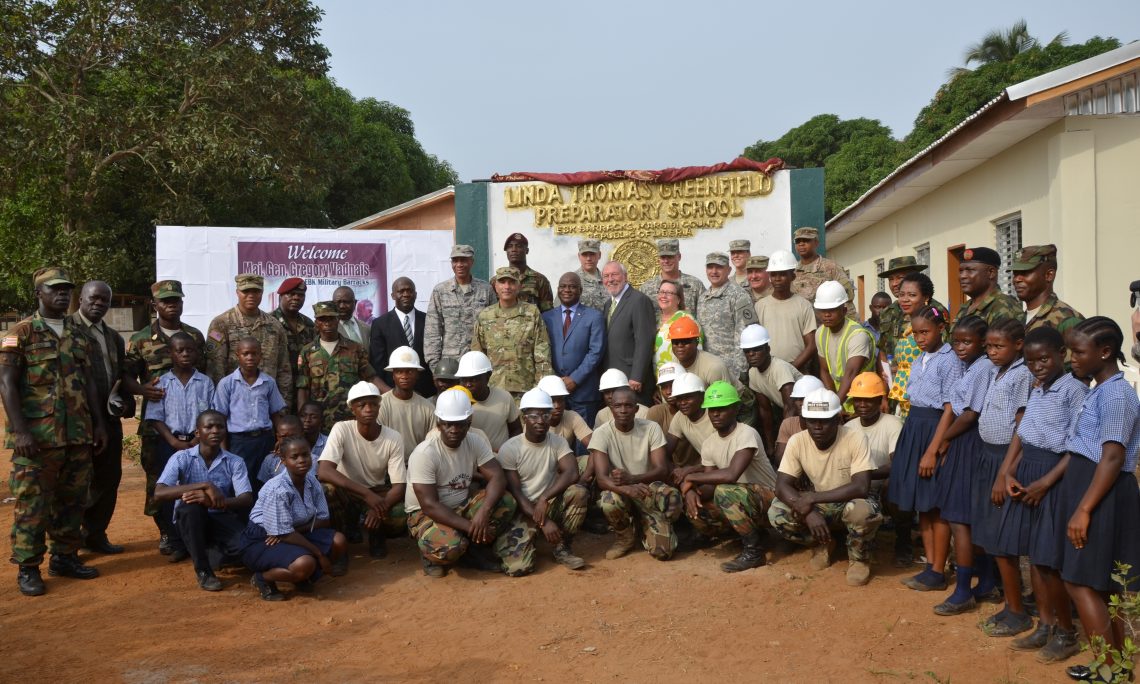 On February 10, Charge d’Affaires Mark Boulware (center) dedicated a multi-purpose building at Edward Binyah Barracks for the Armed Forces of Liberia, along with Honorable Brownie Samukai, Jr., Liberian Minister of Defense.  Two buildings were constructed by the AFL and the Michigan Army National Guard engineer soldiers working shoulder-to-shoulder in four rotations from November 2015 – February 2016.  The multi-purpose building was dedicated to Linda Thomas-Greenfield, Assistant Secretary for the Bureau of African Affairs, and former ambassador to Liberia (2008-2012). For more information about the work of the Michigan Army National Guard (@MINationalGuard), see: http://minationalguard.com/