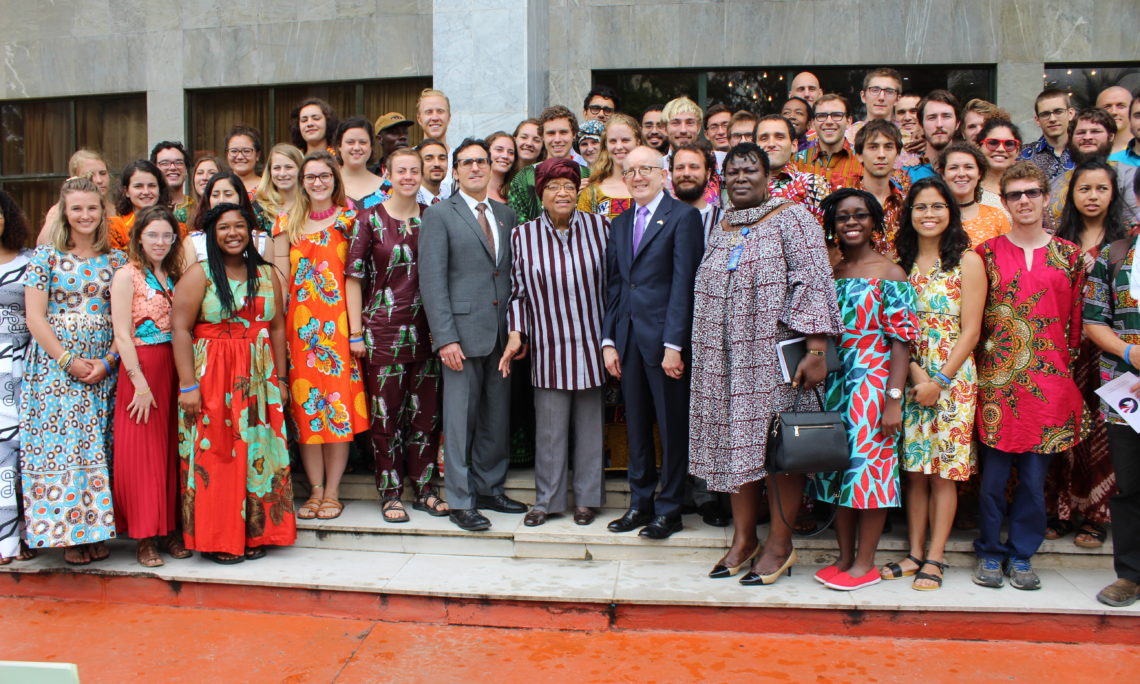 (Monrovia, August 18, 2017) – Today, Peace Corps is swearing in 54 new Peace Corps Volunteers who will serve two-year tours.  These Volunteers will be placed at public junior high and high schools in 13 counties.

On August 22, another group of 19 Volunteers will arrive.  The group will be comprised of 13 educators who will help prepare future Liberian teachers and six who will work on community health.

And in a testament to the extremely strong support Peace Corps receives from the Government of Liberia, on September 15, four more Volunteers will arrive to Liberia – more nurses and physicians who will serve as volunteer educators for one year as faculty in nursing and medical schools – working with Liberian partners to strengthen the quality of nursing and medical education.

The Peace Corps, Ministry of Education, and Ministry of Health are working collaboratively to coordinate activities which will improve the lives of students in Liberia as the Government of Liberia continues to make significant contributions to the Peace Corps Liberia program by granting Peace Corps full-time access to the presidential lodge complex in Margibi County and by providing housing at schools and in communities to most Volunteers.

Peace Corps is honored to work in partnership with the Government of Liberia to assist in rebuilding the education and health sectors and to create the next generation of leaders in Liberia.

From 1962-1990 and 2008-2014 the Peace Corps has proudly placed over 4,000 Volunteers in Liberia. In August 2014, Volunteers were evacuated from Liberia because of the Ebola outbreak. In 2015-2016, Peace Corps celebrated the arrival of 23 Response Volunteers and 50 two-year Volunteers who have taught math and science in high schools, supported future educators at teacher training institutions, and piloted literacy and malaria activities.  Peace Corps also welcomed seven one-year Volunteers who served in Liberia as part of the Peace Corps public/private partnership with Seed Global Health, known as Global Health Services Partnership (GHSP).  These doctors, nurses, midwives, anesthetist, and physician educators were placed at training institutions and medical facilities.

Peace Corps is proud to have Volunteers in all 15 counties of Liberia.